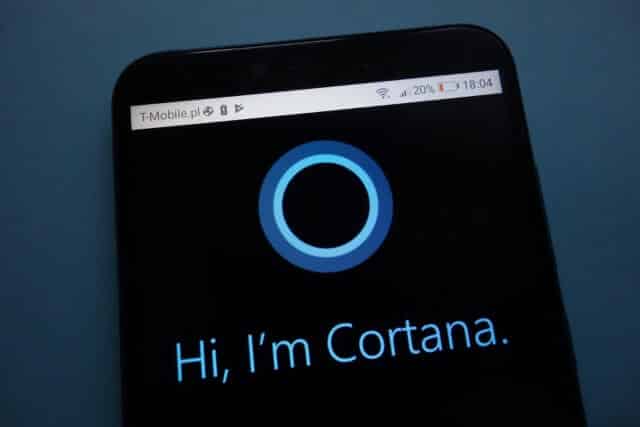 In the voice assistant platforms, Google Assistant and Amazon Alexa are by far two of the biggest names. However, there are still other options out there, there is Apple’s Siri, Samsung’s Bixby, and Microsoft’s Cortana.

Microsoft’s Cortana used to be only limited to Microsoft’s Windows 10 operating system and Microsoft’s ecosystem in general. But later in 2015, the company released apps on iOS and Android.

And now, it looks like Microsoft can no longer see any reason in offering a dedicated Cortana mobile app. The tech company has finally decided to kill off the app for Android and iOS early next year.

Microsoft kills off Cortana for Android and iOS

Microsoft also confirmed to The Verge that the Cortana app will disappear in the UK, Germany, Mexico, China, Spain, Canada, and India on January 31st of next year. This is all part of the series of changes to Cortana-related services.

“Cortana is an integral part of our broader vision to bring the power of conversational computing and productivity to all our platforms and devices,” according to a statement made by a Microsoft spokesperson to The Verge. “To make Cortana as helpful as possible, we’re integrating Cortana deeper into your Microsoft 365 productivity apps, and part of this evolution involves ending support for the Cortana mobile app on Android and iOS.”

Microsoft’s Cortana app for both Android and iOS will continue to operate in the United States. However, its fate is still unclear on how much longer it will continue to operate in the country after January 31st. Also, the full support reveals that Cortana will be disappearing from Microsoft’s Android Launcher app, which also has Cortana integration, in the affected markets after January 31st too.

According to Microsoft, the company is not planning to completely kill off Cortana. The voice assistant will still be integrated with Microsoft 365 suite of productivity apps, such as Outlook and Windows 10 will keep it as its voice assistant.

The Cortana app is used to configure settings and update the firmware for devices like the tech company’s Surface Headphones. Unfortunately, Microsoft has not mentioned how Surface Headphones owners in the UK and other affected markets will continue to get access to these features.

If users wish to use Cortana to sync things like reminders and lists with your Windows 10 PC, they will still be able to do so using Microsoft’s To Do app, which is available to download on the Google Play Store. If anything else, most of your voice assistant needs can probably be fulfilled by Google Assistant.