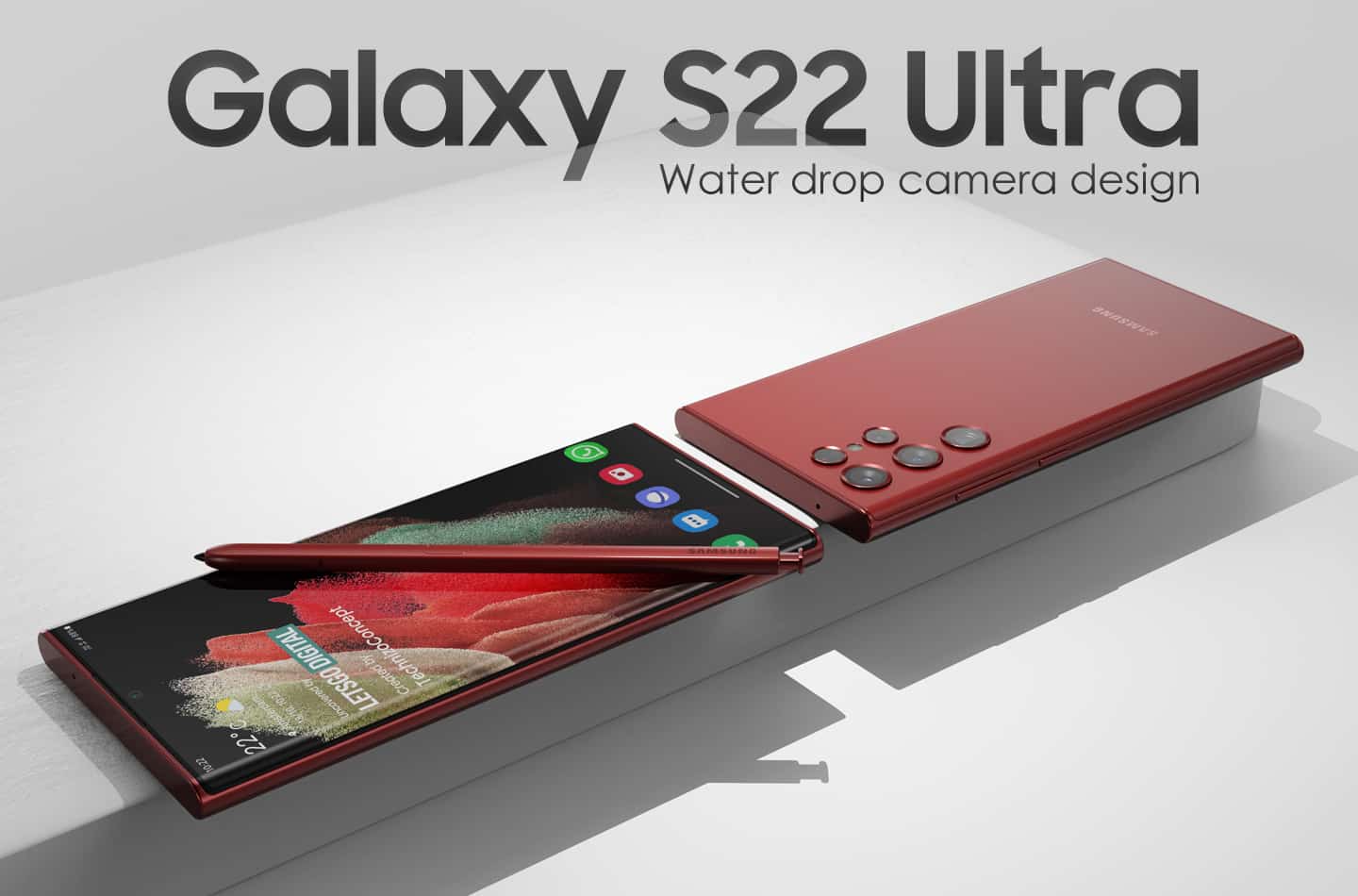 Another set of leaks has been revealed of the much-anticipated Galaxy S22 series. It has now become clearer what Samsung’s upcoming flagship will look like.

The first official press render depicting the design of the flagship phones has leaked (thanks to @BenGeskin). Now, these leaks should answer some of the questions we have especially the handset’s camera housing design.

We are now just months away from seeing Samsung’s upcoming premium flagship phones. The Galaxy S22 is set to be released sometime in February of next year.

With the launch date fast approaching, a new set of leaks have been released thanks to Ben Geskin. The render gives us a closer look at the back design of the Galaxy S22+ as well as the Galaxy S22 Ultra.

Those initial renders were based on case specifications, however, this new leak allegedly consists of Samsung‘s official press material that the South Korean giant is preparing ahead of its February big debut.

No Tetris-shaped camera housing for the Galaxy S22 Ultra

The earlier Galaxy S22 Ultra leak had the right dimensions, however, it was not that accurate on the finer details. And that is how the P-shaped camera design came about.

Many did not like the design and hoped that it will never be put into production. But the newest Galaxy S22 render looked beautiful in contrast.

It is also the first time we are seeing Rose Gold color for the Galaxy S22 Ultra which was previously rumored only for Galaxy S22 and Galaxy S22+.

The Rose Gold color also appears to cover the back panel, metal frame, as well as camera rings, giving the handset a very stylish look. Honestly, it looks more like a Galaxy Note device –– this will sit well with the Note enthusiasts.

If you are curious as to whether the Galaxy S22 Ultra will have an S Pen, that is yet to be confirmed as the render does not have a lower edge view. Unfortunately, we can’t confirm that just yet.

As already mentioned, the Galaxy S22 series is rumored to be released around February of next year. The exact date has already been leaked alongside the rendered images of the Galaxy S22 Ultra. With that said, the leaked release date does is not yet final since it is not yet from Samsung.

Known tipster, Jon Prosser, has initially released a supposed date of the release. Today, he took it to Twitter to adjust his calendar, as Samsung had shifted its plans slightly with regards to the supply chain issue worldwide.

With only a few months to go, complete and official details of the highly anticipated device will soon come out.