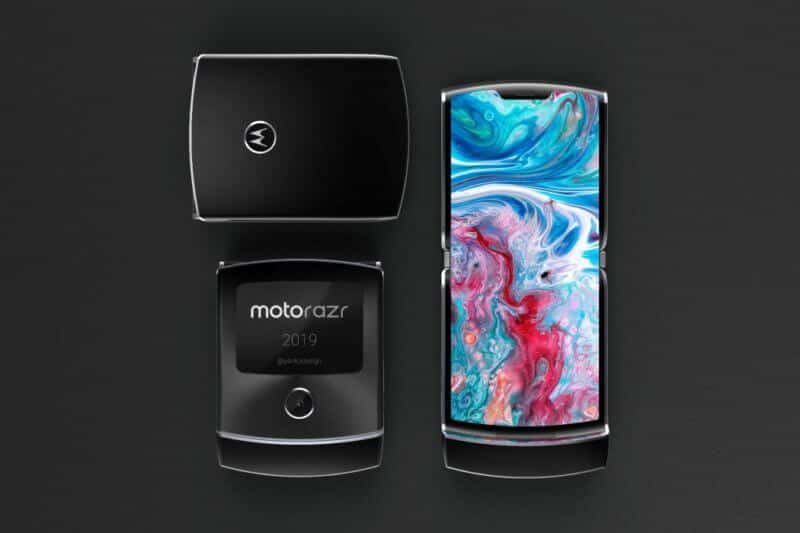 Motorola is set to release a brand new Motorola Razr in the summer of 2019. The iconic clamshell design will make its comeback with a new upgraded design to watch out for.

Motorola’s VP of Global Product, Dan Dery, has confirmed to Endgadget that a new foldable phone is in the works, and people will have a glimpse of it.

“We started to work on foldable a long time ago” Dery said. “And we have been doing a lot of iteration.”

It has been a decade since this iconic design has made its first debut in the market. Although there wasn’t a confirmation of a Razr comeback, there have been sufficient evidences that suggest something’s going to make its return.

When Is The Launch Date?

Dery said that “no intention of coming later than everybody else in the market.” So, considering that launching dates for Samsung Galaxy Fold is in April and Huawei’s Mate X will be in the middle of 2019, it is safe to say that Motorola Razr will make its debut in the summer of 2019.

A design patent of how the Motorola Razr will allegedly look like was published in the World Intellectual Property Organization in May 2018 and has made its rounds online since.

In the blueprint, the design looks like the clamshell smartphone we all love with a much slender built. But the surprise is awaiting when you flip open the device.

It features a long screen display that can be folded in half when you flip shut the device. Also, some suggests that there will be a screen to view notifications when the phone is completely shut.

One of the most astonishing feature is the 19:8 aspect ratio display which spans the entire length of the device when it’s fully opened. A noticeable small notch at the top of the device and bottom chin can be seen.

And when the device is completely closed, it would just be the size of a Post-It note that will surely fit your pockets and small purses.

There are a few available design renders online that tells us how beautiful the device will look once it will make its way in the market. Fans from the old Motorola foldable phones will go crazy because Motorola Razr will still feature just that.

But basing it all in the renders, this device is not is not exactly as versatile as Samsung Galaxy Fold and Huawei’s Mate X. These smartphone-tablet hybrids lets users fold to expand when they want but can still totally be functional even when it’s not fully expanded.

The render also tells us that there will only be a single camera lens just directly underneath the notification screen. Nothing on the render suggests for a front camera would definitely be a game-changer in today’s tech world.

How Much Will The Motorola Razr Cost?

Many people might be rejoicing for the comeback of the Motorola’s foldable phones but it does not come in cheap.

There was a leak that suggested the Motorola’s Razr hefty price tag. On January 16, The Wall Street Journal reported that Motorola’s parent company, Lenovo Group has partnered with Verizon to bring the phone to light with a staggering $1,500 tag.

If you really want to get your hands on this device, Motorola plans to make limited units only. Only 200,000 units are to be manufactured by Motorola. Many experts have predicted the low sales of the foldable device especially because it is very expensive.

According to Brokerage Hana Investment & Securities that it only expect 2 million units of Samsung Galaxy Fold will be sold in 2019. That is less than one percent from the total 291 millions Samsung smartphones sold from 2018. Surely that is something Motorola will factoring in before manufacturing millions of Razr phones.

There hasn’t been an official statement as to whether the Motorola Razr will be a 5G-ready device. Although there were already indicators that the device might just be 5G-enabled.

Lenovo Group is partnering with Verizon to bring to the market a phone that has 5G capabilities. That wouldn’t be impossible though because Motorola released in mid 2018 a 5G-supported Moto Z3 exclusively through Verizon.

Fans of the Motorola foldable phones can only hope that the comeback would just be more than the fond memories with flip devices. And its features will be upgraded to meet the demands of this technologically advanced era.