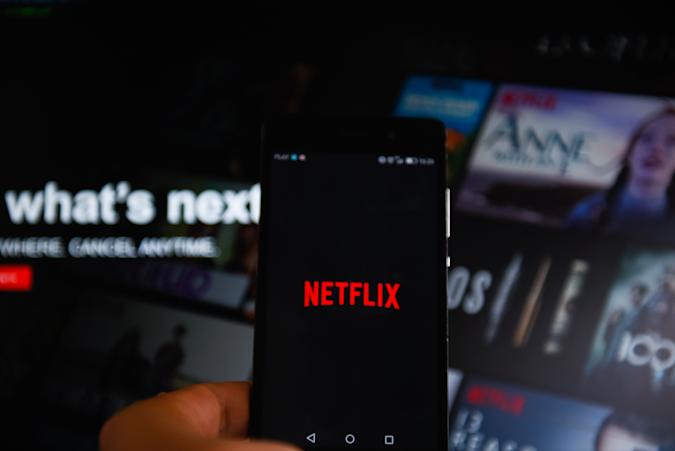 If you’re feeling lazy on a Saturday and want to binge on your favorite movies and series, Netflix is the place to go.

And because there are too many movies and series available to watch, it’s easy to get overwhelmed and confused about what to watch.

Many end up spending the whole time scrolling through the home page and don’t end up watching anything.

Because Netflix’s biggest strength is also its weakness, the platform is testing out a new feature that suggests movies and series for you to watch on its Android application.

A new feature on Netflix suggests movies/series for users watch

Don’t know what to watch on Netflix? You are not alone.

When you are bombarded with too many options, you just don’t know what to watch anymore.

Good thing, Netflix’s ‘Play Something’ feature comes to your rescue –– it suggests movies or series for you to watch.

The streaming service first rolled out its ‘Play Something’ feature for TVs this last April. If you are not aware how the feature works, here’s how:

A ‘Play Something’ button will be added across the streaming service’s UI (sample shown below). When the user clicks on it, it will automatically suggest new movies and series that you have never watched before.

The button serves as a shuffle and randomly picks out a series or movie for you to watch. It uses your previous viewing habits to suggest similar show choices.

As scary as it sounds, the more you watch, the smarter Netflix gets.

Additionally, if you don’t like a certain show playing, you can just hit the ‘Play Something’ button again and it will recommend another show.

This solves every user’s dilemma on what to watch on a beautiful Saturday morning.

But since then, the feature has only been available to smart TVs and has not come to smartphones yet.

However, Netflix has been planning to launch the ‘Play Something’ feature on smartphones and other devices very soon.

And it looks like the wait won’t be that long for Netflix Android users out there. The streaming service is seen to be testing out the feature on Android smartphones worldwide.

Netflix users who are part of the test will see a button on their app. Also, the feature will be available on both Kids and Adult profiles too.

‘Play Something’ for me Netflix

Whether you’re in the living room with friends or family, or watching TV in your pajamas before going to sleep, it can always be hard to decide what to watch on Netflix.

Fortunately, Netflix has launched this feature and is expanding it to other devices. This feature is really a big help for those users who always face this dilemma every time they open the app.