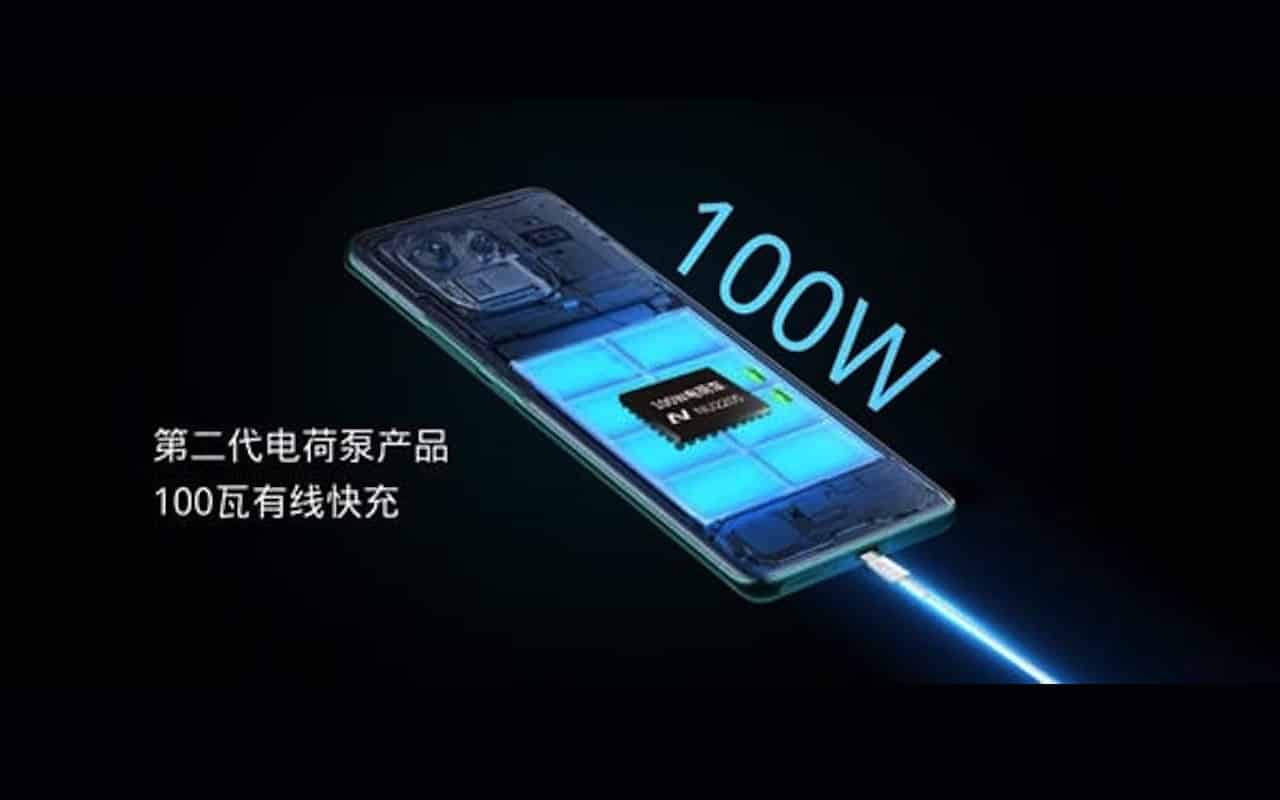 Well, that was quick, right?

And in the quest to finding fast-charging technology, many OEMs have striven to see their devices become first ones out on the market.

Apparently, there is one device that we believe has the same technology as that of Xiaomi’s.

Recently, we were introduced to Xiaomi’s HyperCharge 200W charging technology for Mi 11 Pro.

While we still have to wait for this amazing technology, another OEM is just around the corner, waiting for its very own fast-charging technology device to be launched.

The chip is called NU22205 although the name is not official yet.

As claimed, NuVolta NU2205 is now the fastest in the market. It is a beast with a charging power that can reach up to 100W and can support the dual-cell 4:2 pump fast charging system.

For smartphones, however, it is said to deliver up to 200W dual-cell fast-charging solution. That’s amazing, right?

According to the company, the chip offers speed while still guaranteeing lower heat generation. So, users will never have to worry about overheating when charging.

Furthermore, NuVolta Technology declares that the success of the development of this chip will help break the monopoly of foreign manufacturers in the dual-cell fast charging industry.

And let’s not forget the best thing about this chip: it can provide a 200W dual-cell fast charging support for smartphones. Also, this is the highest power fast-charging solution in the market yet.

Are OEM’s working together for this dual-cell fast charging solution?

On the other hand, NuVolta is believed to be working alongside Xiaomi since photos of the Xiaomi Mi 11/Mi 11 Pro were used in its promotion.

And Xiaomi might also use NuVolta’s technology in the near future –– dual-cell support might be used in the Chinese phone manufacturer’s handsets.

For those who can remember, Xiaomi’s charging solution introduced the possibility of fully charging a 4,000 mAh batter in just eight minutes. Users will no longer have to wait for many hours to fully juice up their phones.

Not much has been said during Xiaomi’s HyperCharge introduction, nor did Xiaomi officially announce a specific implementation plan.

But, with the announcement of NuVolta NU2205, it looks like Xiaomi will use the same dual-cell solution too.