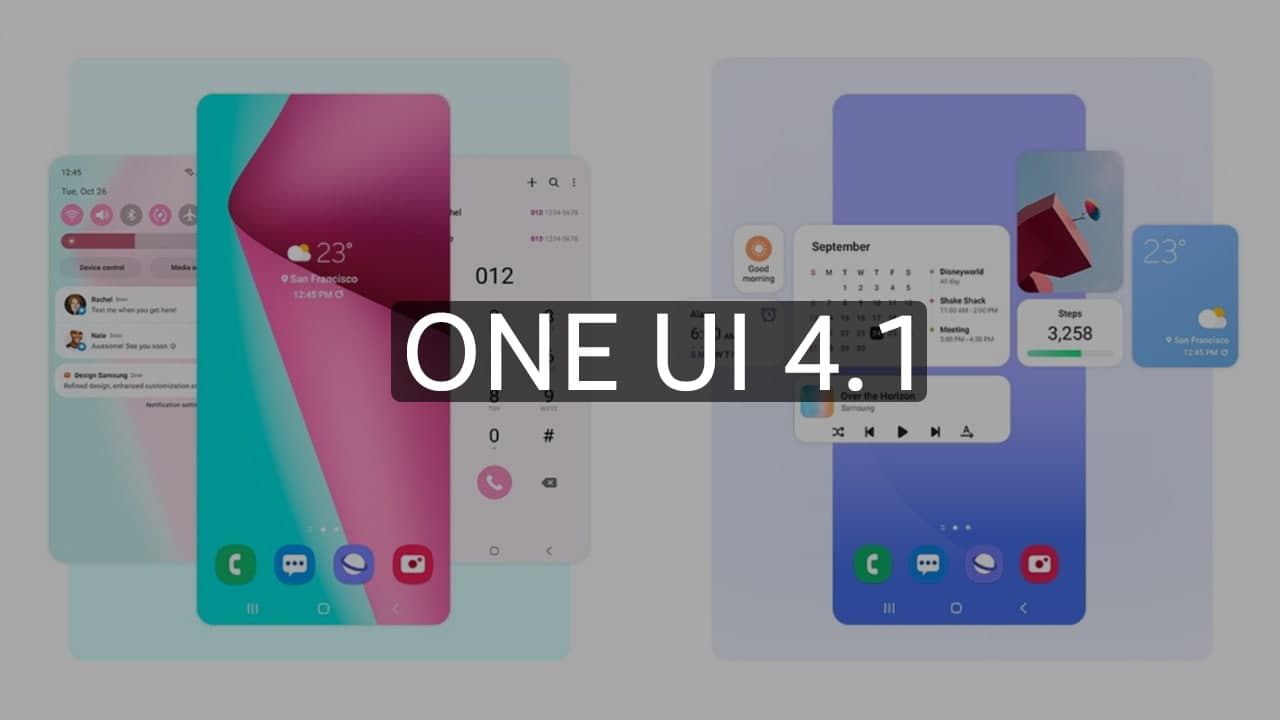 Last year, Samsung started rolling out Android 12 to its smartphones and tablets, also with the release of One UI 4.0. And when the South Korean tech company launched the Galaxy S22 series, these devices shipped with the latest One UI 4.1 version.

This newer version came with a few additional enhancements as well as new features that were only available to the latest series… until now.

Samsung is now rolling out the newer One UI 4.1 version is rolling out to other Samsung devices. Find out below if your Galaxy phone makes it to the cut.

As per usual, Samsung jump-started the beta of Android 12 based on One UI 4.0 with their latest Galaxy-S series phones, and this time around it was the Galaxy S21 series.

Then came the Galaxy S22 series which shipped with Android 12 now based on a newer One UI 4.1. Samsung‘s latest series of phones got new enhancements and new features on its UI.

And now, the company is rolling out this latest version to four other Galaxy phones as well, namely:

Next in line for the next wave of One UI 4.1 updates is the global 4G variant of the Galaxy A51. Samsung is definitely skipping the One UI 4.0 update and went straight to the One UI 4.1. update.

So, this is the first time the Galaxy A51 has an official Android 12 update available. The update is already available to users in Russia, the United States, and Vietnam. Also, the update has a build number of A515FXXU5FVC2.

The global 4G version of the original Galaxy Fold 4G has is also starting to get the update. However, the update only seems to be available in France at the moment.

The update has a build number of F900FXXU6HVC6 which also includes the March 2022 security patches.

In addition to that, the one UI 4.1 version is also seen in the global version of the Galaxy Fold 5G in the United Kingdom which has a build number of 907BXXU6HVC6 and included the March 2022 security patches.

The One UI 4.1 also made its way to the Galaxy Note 10 Lite phones with a build number of N770FXXU8GVC3 as well as the March 2022 security patches. Unfortunately, the update is only available to users in France, Hong Kong, and Taiwan so far.

Lastly, the global version of the Galaxy Xcover Pro is jumping right straight to the newer One UI 4.1 update. The update has already been spotted by users in Switzerland and the United Arab Emirates. The build number for this update is G715FNXXU9DVC3 and still includes the March 2022 security patches.

The update already came to other Galaxy devices: Galaxy S20 FE, Galaxy M52, and the Galaxy A90. Then, this new wave of updates came shortly after.