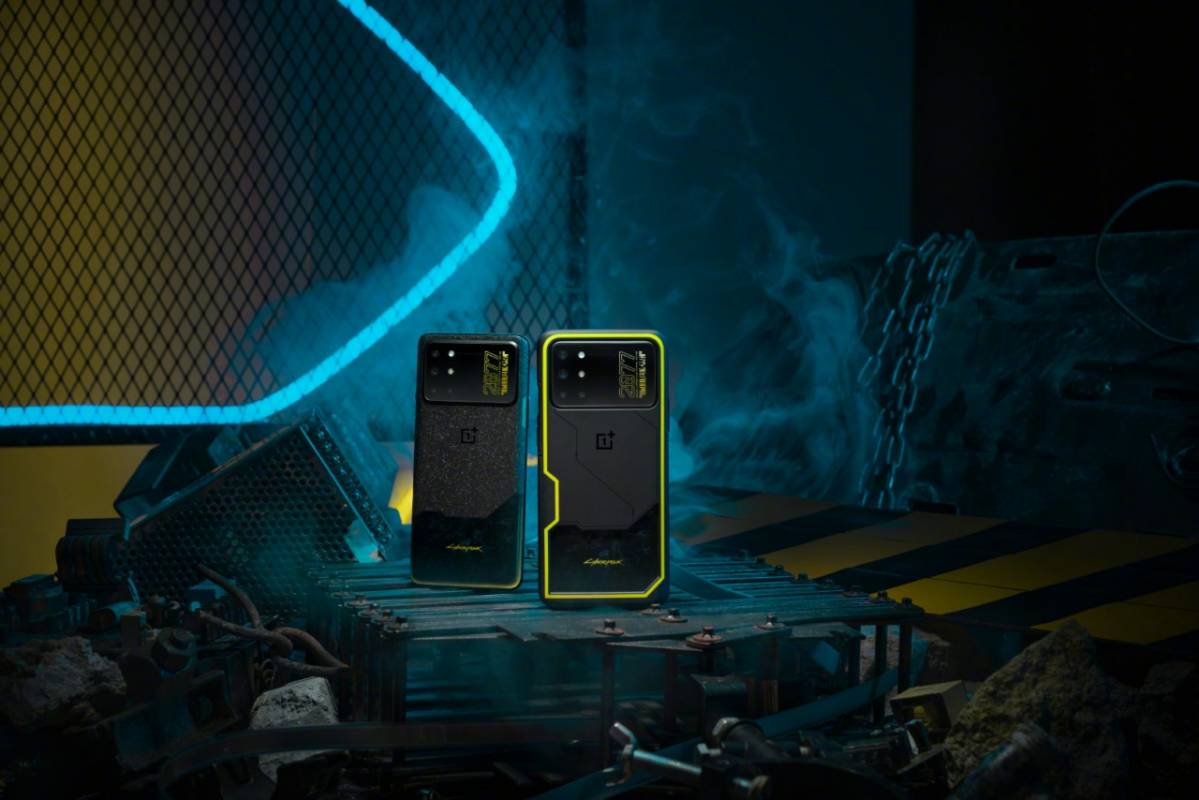 OnePlus has done it again. The latest launch, OnePlus 8T Cyberpunk 2077, is a limited edition collab with CD Projekt Red. The limited-edition Cyberpunk 2077 that was announced in China, is pretty much identical to a normal OnePlus 8T in terms of peculiarities and specs. Embracing the upcoming game’s aesthetic, the original configuration is being retained in the cameras from the OnePlus 8T. The back of the phone comes with the branding of Cyberpunk 2077 – the eagerly anticipated new game by CD Projekt Red.

The major part of the device’s back panel carries branding that features the upper part, with a glass panel housing over the top camera lenses, along with the ‘‘2077’ lettering. The middle section is also glass made of AG, and the bottom part is of a shiny carbon black shade and holds the ‘Cyberpunk 2077’ logo. The drawback here is that the OnePlus has changed the major chunk of the device’s back and accessories specifically to fit this model, but it comes with a protective case in the box too, with cutouts for the glass panels at the back. While the front part of the phone’s attributes is identical to the standard, other usual OnePlus accessories, such as the 65W charger and the USB cables, remain the same. Special HydrogenOS themes have been made specifically for this Cyberpunk 2077 Limited Edition run.

Unfortunately, The OnePlus 8T Cyberpunk Edition retails only in China, which is set to go on sale on November 11th, 2020, but it’s up for pre-orders starting from November 4th in China.

The latest OnePlus edition is priced for 3,999 RMB in China, roughly $598, just a little more upscale than the standard OnePlus 8T with 12GB of RAM and 256GB of storage. As of now, the globally available details of the Cyberpunk 2077 haven’t been shared by OnePlus and the reach of the new model is currently restricted to China.

The latest limited edition of the OnePlus 8T carries the same specifications as the conventional OnePlus 8T. The dual-SIM (Nano) Cyberpunk 2077 Limited Edition  6.55-inch,120Hz display with 402 pixels per inch runs HydrogenOS based on Android 11.  The amped-up feature is the giant camera. There’s a quad rear camera setup that includes a 48-megapixel with optical image stabilization. The ultra-wide-angle f/2.2 lens, a 5-megapixel macro sensor, and a 2-megapixel monochrome sensor is an extraordinary stand-alone hallmark. Nevertheless, the front panel has its own 16-megapixel Sony IMX471 sensor with an f/2.4 lens, housed in the hole-punch cutout at the top left corner of the screen.

Aesthetically speaking, the OnePlus 8T Cyberpunk 2077 Limited Edition comes with the Cyberpunk game theme on the outside, as the device is flanked by two glossy panels.