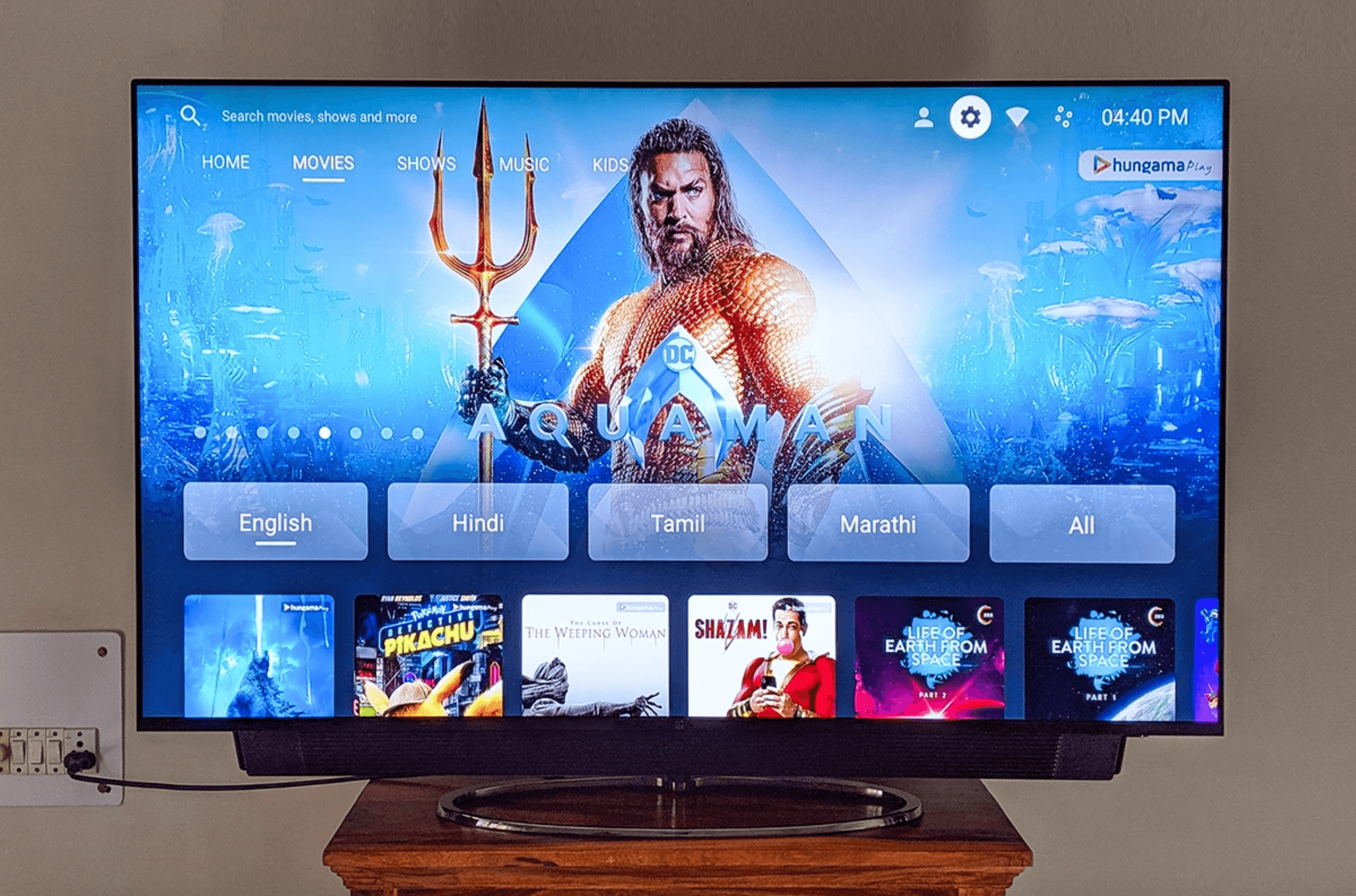 OnePlus has been slowly teasing out information about its TV in the past few weeks. Finally, OnePlus has officially debuted its TV set with detailed specs. OnePlus TV will be launching for the time being in India.

The Chinese tech company set foot on a journey of creating flagship devices that offer amazing performance, and after a couple of years, OnePlus has conveniently made its way among brands with flagship offerings.

The OnePlus TV Q1 Pro series will feature an impressive 55-inch screen display diagonally. OnePlus says it has a “sleek minimalist design” with a “nearly bezel-less screen.” The only difference between Pro and the non-Pro variant lies in the way to set up the audio on both TV sets.

OnePlus TV offers quantum dot color and supports both Dolby Vision and HDR10+. However, OnePlus has not yet given any detailed information on more technical aspects of the TV sets like the local dimming solutions. But the company says that the TV’s color range is the best among its QLED rivals.

The 50-watt, eight-speaker setup provides for a “surreal surround sound experience” through Dolby Atmos support and gives you a true-to-life experience. And when not in use, the speaker bars lower down from the bottom of the TV and will rise back to the body.

As we already know, OnePlus TV will ship Android TV in its software. It will also include support for both Google Assistant and Alexa. Users will easily be able to input text and switch between Android TV apps on your smartphone just by using the OnePlus Connect app.

Once you get a call on your smartphone, the OnePlus TV will automatically reduce its volume so you won’t have to do it hurriedly yourself. Furthermore, the TV has built-in Chromecast support as well.

The TV will sport a MediaTek MT5670, which was only announced yesterday, it is specifically designed for smart TVs. The chipset comes with support for 4K UHD content playback at 60Hz, OpenGL ES 1.1/2.0/3.1/3.2, and H.264 encoding.

It is powered up with MediaTek’s proprietary AI Picture Quality technology which uses facial and scene recognition to adjust sharpness as well as picture quality. OnePlus TV is the first smart TV from a renowned brand to be powered by this chipset.

Additionally, it has a 16GB of storage of which roughly 9GB is available. And after installing apps, there’s nearly 4GB of storage remaining. However, most of the apps are online, so users may not have any problems with storage at all. For third-party apps that support content downloads, you can attach an external drive to save that.

India will get the first dibs on the OnePlus TV, no word yet on its availability in other regions

The OnePlus TV will launch in India for now with the OnePlus TV Q1 priced at (nearly $1,000) and the OnePlus TV Q1 Pro with a motorized soundbar selling for INR 99,900 (about $1,400). The company holds a huge share of the phone market in India and is hoping to also get a hold of the market for smart TVs.

“We are also working hard to launch OnePlus TV in North America, Europe, and China regions as soon as we establish partnerships with most of the local and regional content providers,” OnePlus CEO Pete Lau said last month.