Pigweed: Could this be Google’s new operating system?

Google is more than just the search engine we have come to love.

The tech company has got so much going on. Currently, it is working on an operating system called Fuchsia, but there might be a plot twist to that story.

Now, the company has filed a trademark for an operating platform called Pigweed.

But what exactly is Pigweed? Could this be another operating system by Google?

Is Google working on another operating system called Pigweed? 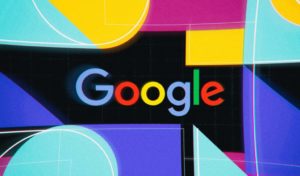 Is Google working on another operating system called Pigweed?

It seems that Google has a lot on its plate. According to a new US trademark application, the tech company is working on yet another operating system.

This new development was spotted by a Redditor named lgats. Apparently, Google has filed a new trademark application with the USPTO for the name “Pigweed.”

According to the application, the tech company said that the Pigweed trademark will cover “computer operating software.”

If you are itching to know about what this new fuss is all about, unfortunately, the name “Pigweed” is the only legit detail that this listing reveals to us. But 9To5Google has an even explosive detail to support that.

Folks from 9To5Google also spotted it in the Chromium code repository and in a proposed code change for the operating system Fuchsia. In the case of the latter, the name was then changed from “pigweed” to “fuchsia.”

Are you all getting this?

A screenshot above will show that the name change suggests that the developer responsible for using the “pigweed” name has just made a mistake like a typo. Looking at it, it is not quite hard evidence that it is tied up to Fuchsia just yet.

What could “Pigweed” really be?

Is “pigweed” another operating system that Google is working on? Or could this be a new name for Fuchsia?

Unfortunately, we do not know a lot about this new “pigweed” just yet. As mentioned, we only have the name as the only detail for now as there has been no hard evidence that the two projects are related.

Could it be a new name for Fuchsia? Is it related to Chromebooks? Until Google decides to share more details about “Pigweed” in public, that’s all we really have for now.

So, when do you think we can expect the big reveal of “Pigweed?”

Google is known to take off wraps about its project at the last minute. So, there is no certain way to guess the answer to the question above.

Just to give you an idea, Google trademarked the name “Android just five days before the operating system was first unveiled in 2007.

Second, the word “Chromebook” was not even trademarked until months after the first Chromebooks began its shipping in the year 2011. Finally, “Fuchsia” has been trademarked for more than two years now but has not been officially revealed yet.

So, there is no telling what “Pigweed” is for.