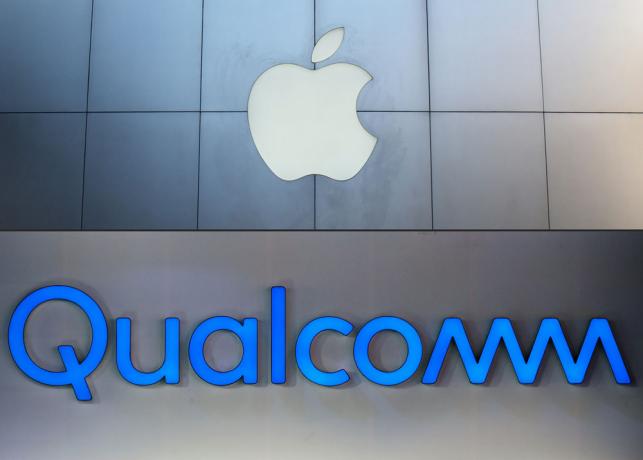 For years now, Qualcomm and Apple has been going back and forth about a royalty and patent dispute.

But last Tuesday, April 16th, both companies have issued a press release announcing that they have finally reached a settlement.

Qualcomm And Apple’s Royalty And Patent Dispute Is Finally Over

According to the press release,

Qualcomm and Apple today announced an agreement to dismiss all litigation between the two companies worldwide. The settlement includes a payment from Apple to Qualcomm. The companies also have reached a six-year license agreement, effective as of April 1, 2019, including a two-year option to extend, and a multiyear chipset supply agreement.

If you are not familiar with this whole dispute, let us get you into the details. Qualcomm initially filed for patent infringement in 2017 saying that Apple used their patented technology without properly compensating Qualcomm.

And since then, the two companies are going back and forth taking blows over the years. But just last Monday, trial proceedings had already started in San Diego.

And it was expected that the proceedings would last until May. But it seems that it was cut short and here we are.

During the heat of the legal fight, Apple turns to Intel as their supplier for new wireless chips. But Intel reportedly struggled to develop a 5G wireless chips. And this just threatens the the 5G iPhone’s 2020 release.

And as a result of the new settlement, Intel has announced its intention to exit the 5G modem business and focus its efforts more on its infrastructure opportunities.

Intel was just a bargaining chip for Apple by supplying modems for some iPhone models. But it is clear Intel has been offering weaker performance than that of the Qualcomm alternatives.

And now that Apple will be using Qualcomm’s modem moving forward, there is then a blurred line between Apple and Intel’s relationship.

Following this news, Qualcomm’s stock price rose more than 20% to a total market cap of $85 billion. On the other, Apple saw a small dip before going up by almost 1%.

Qualcomm And Apple’s Settlement Is Good For The Wireless Industry

According Moor Insights & Strategy analyst Patrick Moor, “I believe both Apple and Qualcomm got deeper into this than they wanted to,”

“Apple was challenging Qualcomm’s most profitable business model, licensing, and Qualcomm was accusing Apple of IP (intellectual property) theft and lack of payment.”

He would go on to say, “This settlement should be good for the wireless industry as companies should feel free to invest in research, get paid a fair price for those inventions, and consumers take advantage of those innovations at a very rapid pace.”

We can only hope that Apple would now be on track on releasing 5G-capable iPhones now that both companies have finally come into terms.