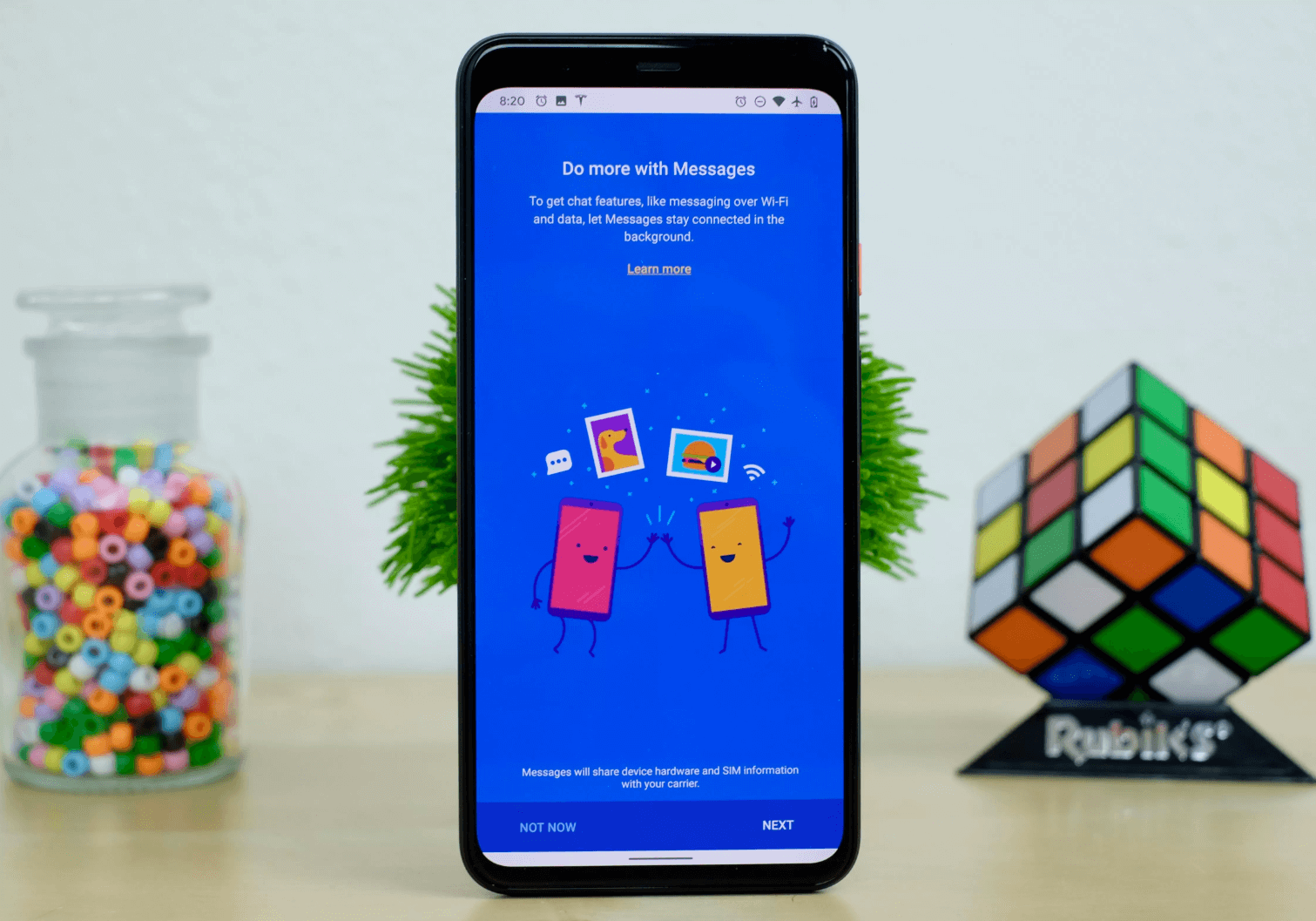 Android smartphone users, here is a question for you: are you sometimes envious of Apple’s iMessage?

Well, finally, Android users now have access to a new messaging protocol that promises many of the benefits Apple users already are getting from iMessage. Android users used to only dream of getting these features on their devices, until now.

Do you want to hear the good news?

Android users in the US can now enjoy a text messaging experience that is more like on an iPhone with Google’s updated Android Messages app.

Did you know that Android has a texting problem? In comparison to Apple’s text message app, iMessage, Android‘s own text message app could not compare. Rich Communication Services (RCS) is a far more powerful messaging platform that replaces the widely-used text messaging protocol called short message service or SMS.

Bringing RCS Messaging on the Android platform has been in the talks for quite some time now. The good news is… Phones that run Google’s own software will now have a chance.

And now, the RCS message is finally available on all Android phones in the US.

This great news came after Google’s senior director of product management announced it in a tweet. “Hi everyone! RCS is now available to all users in (the US) as of Monday. Make sure to update both Messages and Carrier Services,” she tweeted on Tuesday.

To make the users’ experience better and to provide more seamless conversations, Google has been working on upgrading its traditional SMS messaging with far more useful chat features, powered by RCS. Isn’t that amazing?

And that’s not it, RCS Messaging adds features that are similar to Apple’s own iMessage to your Android device. And just like the iMessage, you can text and chat your loved ones and friends over Wi-Fi or data connection. Sending and receiving high-resolution photos and videos are no problem as well.

The RCS Messaging also features little bubbles as indicators to know when someone is typing a message. There is also an indicator when people have already received your messages.

“Plus, you’ll get better group chats, with the ability to name groups, add and remove people to and from groups, and see if people haven’t seen the latest messages,” adds Google.

But do you know what the problem is? Despite the RCS Messaging app’s many useful and fun features, Google is, unfortunately, taking its time with the rollout. But, the tech company plans to give all Android users in the US access to the feature by the end of this year.

And as for the Android users outside the US? Unfortunately, it is still not nor does carriers overseas are saying whether the RCS will be available to international Android users.

And guess what? Although you can send text messages to Apple users , RCS is not available. Meaning, if you send a text/chat using the app, it will not be supported by Apple’s iMessage. However, there have been reports that Apple is considering it.

Finally, answer this: is the RCS messaging app secure?

Unlike the iMessage or WhatsApp, RCS messaging does not support end-to-end encryption, which encrypts messages as they travel from sender to receiver. That means, messages sent or received over RCS could potentially be intercepted and viewed by third-parties.

Finally, the RCS Messaging app is free for all Android users. Instead of downloading an app, users will have to update their phone’s carrier services app. This will refresh their phone’s connection to the carrier network to get all the latest features, and that includes the RCS messaging feature.