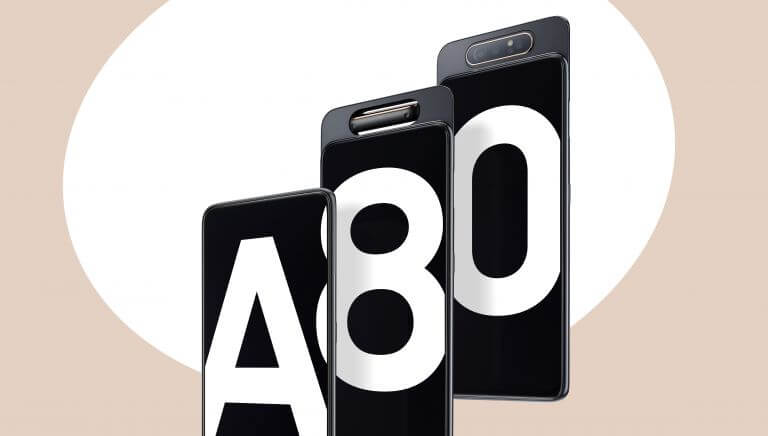 When it comes to unique mobile innovations, Samsung is one of the names that always comes up. Now, the South Korean giant has yet proven that it has always been top of its game. Year on year, Samsung has launched one of the most highly-anticipated devices, as this year is no exception. The tech giant has launched a smartphone that features triple cameras that rotates for selfies.

The new Samsung Galaxy A80 has three cameras on the back as well as the front but never at the same time. The smartphone was first announced in April of this year. And although it may have taken quite awhile, the smartphone is finally available to purchase.

According to DJ Koh, President and CEO of IT & Mobile Communications Division at Samsung Electronics, the “Galaxy A80 is created for the Era of Live – a world where digital natives are capturing, sharing and connecting in the moment.”

“The latest innovations in the camera, design and performance of Galaxy A80 bring a new mobile experience that fits the needs of today’s generation: always on and always ready,” he added

There is no doubt that the biggest selling point of the Galaxy A80 will be its flip camera. It features a rather unique mechanism to provide you picture-perfect selfies.

Samsung’s Galaxy A80 camera system packs a 48MP main shooter, 8MP ultra-wide camera, and a 3D ToF sensor. So whether you want to take a regular photo or take a selfie, you will get the same quality all thanks to the flip mechanism.

What’s else is in store for the new Galaxy A80?

By the looks of it, this smartphone is just like your regular phone with its new Infinity Display. Its in-display fingerprint sensor with a whopping 6.7-inch Super AMOLED screen display is achieved all thanks, yet again, to the flip camera mechanism.

Another noteworthy feature is the upper mid-range Snapdragon 730 chipset. It runs in Android 9 Pie, with 8GB of RAM, 128GB of memory storage, and a 3,700mAh battery with 25-watt charging.

However, the Galaxy A80 will not have a microSD card slot as well as the 3.5mm port which has been a Samsung staple over the past years. Although, rumor has it that the Galaxy Note 10 will also be ditching the 3.5mm port too. Also, do not expect for the 3D face unlock system, it is not part of the deal.

Samsung has not yet revealed its pricing in the US. But Clove in the U.K. is selling the smartphone for £616 ($780, €688), a relatively expensive pricetag than its predecessor – Galaxy A70. Visit Samsung’s website to check out the new Galaxy A80 in detail.