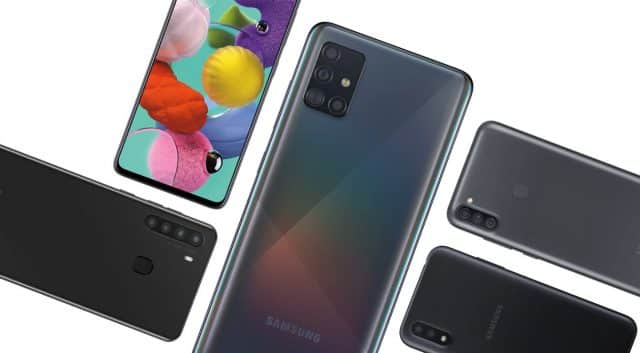 A 5G-capable phone with a budget-friendly price tag? Well, isn’t that what we all want?

As this year progressed, more and more phone manufacturers have integrated 5G capabilities into their flagship phones. But that added feature comes with a price.

Thankfully, that is about to change now.

Samsung has announced that it will be bringing back six A-series smartphones in the US market. That’s half a dozen of lower-cost phones – two of which include 5G capabilities.

This announcement of 5G phones is not Samsung’s first. They already have 5G-capable phones in the form of the Galaxy S10 and Galaxy S20 series.

Sadly, these smartphones will cost you at least $1,000.

And with these newly announced low-cost phones, you can now afford the 5G service you have been waiting for.

Starting at just $110, the South Korean tech company’s low-cost Galaxy A-series phones were unveiled on Wednesday. These are perfect for shoppers who do not like to break the bank for a brand new phone.

And even better two of these phones are armed with 5G capabilities: Galaxy A01 and the Galaxy A51.

The Galaxy A51 is already available on sale in some parts of Europe and India. It features a 6.5 inches of Infinity-O AMOLED screen display, with a selfie camera punched in the topmost center of it, plus the in-display fingerprint sensor.

And together with the Galaxy A51 is another 5G-capable, low-budget phone: Galaxy A01.

The phone has 5.7-inches, 720p+ display screen, a tear-drop notch where the 5-megapixel front camera is located. Furthermore, it has a 13-megapixel rear camera, all this is powered by a 3,000mAh battery.

You can bag this phone at a cost of $110 from unlocked phone sellers. That is such a huge difference from the 5G phones that more than $1,000.

Starting on April 9th, both phones will be available unlocked from Samsung and other retailers ass well. Besides, AT&T will be selling Galaxy A51 starting early next month.

The other low-cost Galaxy A-series phones

Samsung also introduced its other low-cost devices that the company intends to release this summer. Here is the complete list:

All these smartphones will feature Samsung’s curved displays as well as fast-charging capabilities.

The higher-end models will have more and better camera lenses. Meanwhile, the cheaper phones will come with other improvements like bigger batteries, more internal storage, and many more.

Now, if you are thinking of getting the premium phones from popular brands, you might want to consider these budget-friendly phones.

Have a premium experience without breaking the bank, how’s that?