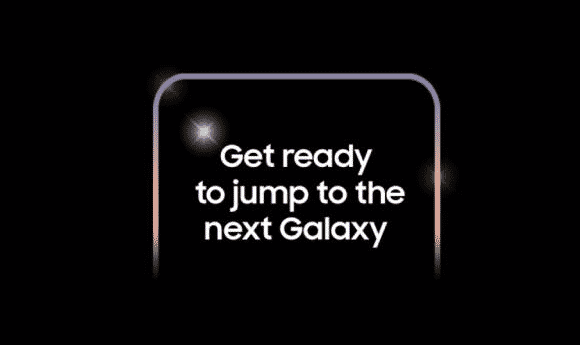 Finally, Samsung has confirmed that its Unpacked event will be happening this January 14th. One of the highlights of this event is the official launch of the South Korean giant’s upcoming Galaxy smartphone –– the Galaxy S21 series phones.

The company sent out invites for its first Unpacked of 2021 to take place at 7 AM PT on January 14th. It seems that Samsung is doing things a bit unusually this year, launching its premium flagship Galaxy series a month earlier than last year.

In less than two weeks from now, we will witness what the company has in store for us. The event is advertised as “Welcome to the Everyday Epic” as the theme for the event.

Read: Preorders for the Galaxy S21 series kicks off in the US

During the event, Samsung is expected to debut its trio of the latest Galaxy smartphones –– Galaxy S21, Galaxy S21 Plus, and Galaxy S21 Ultra.

Needless to say, Samsung’s event invite did not confirm any names of the phones to be launched. The invite below shows what appears to be the new camera module of the device in an opaque cube.

Over the past year, mobile technology has taken center stage in everyday life as people are working remotely and spending more time at home. The accelerated transition to a mobile-first world brings with it the need for devices that can transform everyday life into an extraordinary experience.

Speculation about the Galaxy S21 has been very active in the rumor mill with almost nothing left for Samsung to supposedly reveal. Unfortunately though, all of the specs still remain to be officially confirmed by the South Korean giant.

We expect Samsung to give us three screen sizes: Galaxy S21 with a 6.2-inch screen, Galaxy S21 Plus with a 6.7-inch screen, and Galaxy S21 Ultra with a 6.9-inch screen. All three smartphones from this series are to come with 120Hz adaptive displays and smaller bottom bezels –– which means saying goodbye to the smartphone chin.

And if we look at what’s under the hood? Well, that depends on which market the device will be distributed.

All US variants will be powered by Qualcomm’s Snapdragon 888 chipset. Meanwhile, just about everywhere else will feature Samsung’s own Exynos 2100 chipsets and at least an 8GB of RAM and 128GB internal storage.

If you have been a fan of the previous Galaxy smartphones because of their extendable storage, there is no clear mention yet on whether the same can be said for the Galaxy S21 series. We are all still waiting to hear if the storage can be expanded via a microSD card slot. Perhaps the Unpacked event will finally give us some clarity!

The upcoming Galaxy phones will have a different rear camera setup. Well, at least from what we have seen from its predecessor. And rumor has it that the rear cameras in the Galaxy S21 seem to be getting special treatment as well.

Based on leaked renders, all three lenses are a 12-megapixel main camera, 12-megapixel ultra-wide, and a 64-megapixel telephoto. Plus, the three cameras which are lined up together forming a line will appear to be flatter with a slightly less protruding camera bump.

Meanwhile, the Galaxy S21 Ultra is said to have slightly different camera specs from that of the Galaxy S21 and Galaxy S21 Plus. Its main camera will be a whopping 108-megapixel making a comeback with either a 5x or 10x optical zoom.

The most unexpected rumor of all…

You might not be expecting this, but this year’s Galaxy S21 Ultra might actually include the company’s S Pen which is normally only included in Note phablets and not in the Galaxy phones. If the rumors are true, then out of the three Galaxy S21 phones, you might just want to bag the Ultra variant.