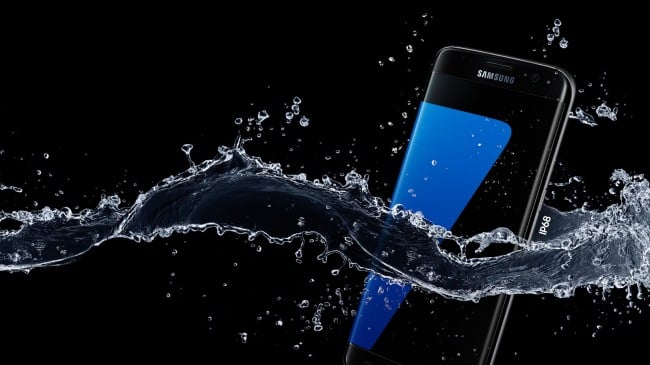 It’s as if Samsung is not under in any more backlash, now is once again under fire. The South Korean giant is accused of misleading its customers over ‘water resistant’ smartphones. Now, an Australian government watchdog agency takes Samsung to court over claims that the company’s Galaxy phones are safe underwater.

Back in 2016, Samsung released its first IP68 water-resistant smartphone – Galaxy S7. Since then, all the flagship smartphones have carried the IP68 certification for water resistance and have been advertised as water-friendly. But the Australian Competition and Consumer Commission now says it is false advertising.

Samsung is accused of misleading its customers over ‘water resistant’ smartphones

There are two key components to the ACCC’s issue with the electronics giant. First, Samsung‘s ads indicated that submerging the Galaxy phones under 1.5 meters (approximately 5 feet) of water at least 30 minutes would not do any damage to the device over the course of its lifetime.

Second, the advertised phones are being used in pools and beaches, even though the IP68 certification only applies to fresh water. According to the ACCC, they are reviewing over 300 Samsung television, radio, online and social media ads since February 2016 as the basis of its claims.

This covers about 15 Galaxy smartphones, the Galaxy S7, the A8 and the Galaxy S10 series to name a few. The ACCC claims that Samsung has refused warranty claims by many of its customers whose phones were damaged due to water exposure.

The agency also notes that Samsung’s own website claims that the Galaxy S10, which is the company’s early-2019 flagship smartphone, is “not advised for beach of pool use.”

According to the ACCC Chair Rod Sims, “The ACCC alleges Samsung’s advertisements falsely and misleadingly represented Galaxy phones would be suitable for use in, or for exposure to, all types of water, including in ocean water and swimming pools, and would not be affected by such exposure to water for the life of the phone, when this was not the case,”

“Samsung showed the Galaxy phones used in situations they shouldn’t be to attract customers,” Mr. Sims added. Meanwhile, Samsung has noted on the ACCC’s accusations and plans to defend itself in court against its accusations.

In a statement released by Samsung, it said that it stands by its marketing and advertising of the water resistancy of its smartphones. The statement read in full:

Samsung stands by its marketing and advertising of the water resistancy of its smartphones. We are also confident that we provide customers with free-of-charge remedies in a manner consistent with Samsung’s obligations under its manufacturer warranty and the Australian Consumer Law. Customer satisfaction is a top priority for Samsung and we are committed to acting in the best interest of our customers.

Samsung is under hot water…

The South Korean giant could face fines that is worth millions of dollars if the suit is upheld. Following the very recent change in law, the maximum penalty for each violation after September 1st of 2018, is about AU $10 million ($7 million).

Samsung is the second largest smartphone brand in Australia, following Apple. The company sold more than 4 million devices in the country last year, according to a research firm Canalys.