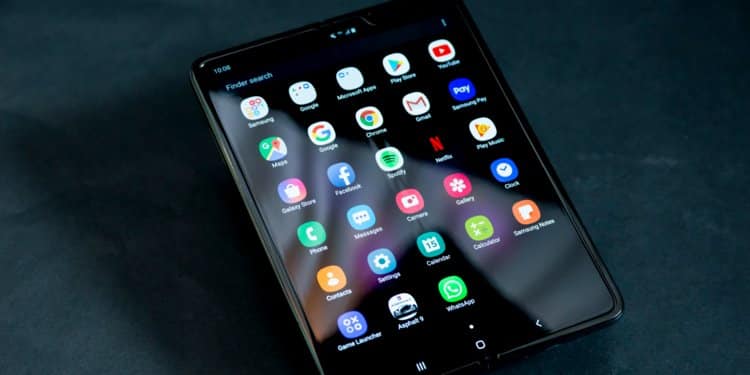 The Samsung Galaxy Fold is just days away from being released into the market. And this smartphone retails at $1,980 when it hits the stores in April 26th.

But just days before its grand debut, there were already reports of the Galaxy Fold screen display breaking. Good thing, Samsung is quick to address the issue.

A limited number of Galaxy Fold units have already been deployed to the media for review. And reports claim that some of these units were damaged just days after it was being reviewed.

The Verge also tested their unit only to find a small bulge right on the crease of the device.

According to The Verge, it was like a piece of debris that is definitely harder than a lint right in the hinge of the Galaxy Fold. And this was just two days after they have received their unit.

Eventually, the bulge pressed too sharply on the screen enough to break it. And it just created a line of broken OLED clearly caused by the bulge in the hinge.

There were also similar reports involving the Galaxy Fold’s screen display. Samsung is fully aware of the issues and is addressing it right away before the device hit the stores.

In response regarding screen display issues of the upcoming Galaxy Fold, Samsung has released an official statement addressing the reports.

The company notes that it intends to thoroughly check the units which seemed to have the screen break without any cause at all.

The company also had to address the issue of display screen breaking because reviewers’ attempt on peeling off a protective plastic layer sticking to the screen itself.

Although the plastic looks and feels like a screen protector and it seems like it is a natural thing to try and remove it, but it should not be removed.

Through the years, Samsung had its fair share of issues and problems when it comes to their new smartphones. And the Galaxy Fold’s screen display issues is no exemption.

Despite the company’s statement about the issue, it is still unclear what the underlying problem of the display was. Regardless, Samsung still plans to continue on with the launching of the device in the US this April 26th.