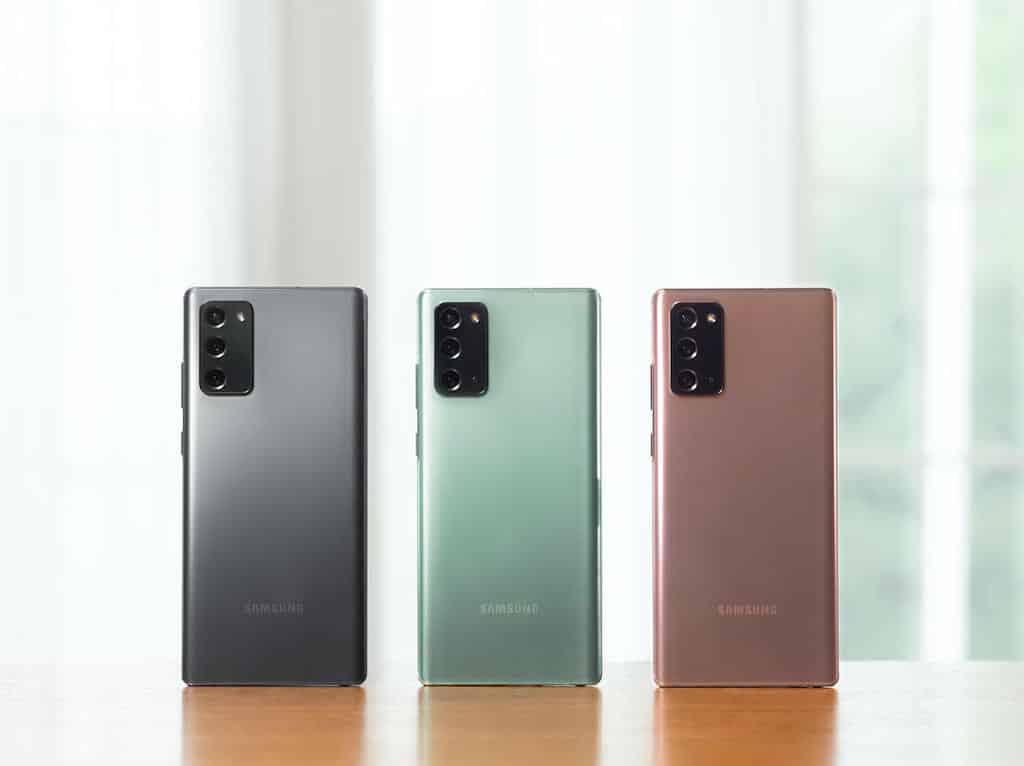 After months of speculation and rumors, Samsung’s latest flagship devices have officially launched. The South Korean tech giant has taken off the wraps of the Galaxy Note 20 and Galaxy Note 20 Ultra in an online event last August 5th.

If you have been following the Galaxy Note 20 rumors, it has painted an excellent picture of these latest flagship devices. Samsung’s Galaxy Note series may not sell as many units as its Galaxy S series, but it’s by far the company’s most reliable offering. Of course, thanks to the amazing integration of its S Pen stylus.

The Galaxy Note 20 will face some serious competition this fall from the new iPhone 12 lineup. However, based on what we’ve seen so far, Samsung is set to deliver some of the best big phones yet.

The latest lineup sure does not come cheap. Samsung’s Galaxy Note 20 has a price tag $999 which features 8GB of RAM and 128GB of storage.

If can’t wait to get your hands on Samsung’s latest devices, you can pre-order both phones starting on August 6th. And both Galaxy Note 20 and Galaxy Note 20 Ultra will be available in stores on August 21.

You can choose to pick up the latest devices from all the major carriers – AT&T, Verizon, and T-Mobile. Also, Xfinity Mobile said that it will offer both phones as well.

Samsung is promising the brightest and most vivid screen on a smartphone ever. Both Note models feature an AMOLED panel.

Both devices do not only differ in screen size but also in refresh rate. You will get a standard 60Hz refresh rate with the Note 20. The Note 20 Ultra, however, has a dynamic 120Hz refresh rate that adjusts depending on what you’re doing in your phone.

Samsung promises the toughest glass in a smartphone yet. Both Note models uses metal and glass but with a new finish material on the back which is designed to minimize the fingerprints and smudges.

The Galaxy Note 20 will be available in three colors: Mystic Bronze, Mystic Gray, and Mystic Green.

Ever wonder what’s under the hood?

Both Note 20 models features the Snapdragon 865 Plus chipset (for US models). However, devices that will hit the other markets (outside the U.S.) will use Samsung’s own chips – Exynos 990.

Regardless of the chipset, both phones will be 5G-capable and will work with 5G networks – both sub-6Hz 5G and the higher-speed mmWave-based 5G.

But there’s one disappointing spec…

The Note 20 features 128GB of storage, yes, big enough for ordinary users. However, there’s no slot to expand capacity. If you need and want more storage, you can opt for the more expensive Galaxy Note 20 Ultra.

S Pen and its features

The S Pen remains to be Galaxy Note’s highlighted feature. A Galaxy Note wouldn’t be a Galaxy Note without it. Now, Samsung has introduced new features on the S Pen.

You can expect a faster response rate with a shortened S Pen latency to 26ms, while it’s down to 9ms on the Galaxy Note 20 Ultra. Additionally, Samsung has built on last year’s Air Gestures and added new Anywhere actions. New gesture controls let you return to the home screen or earlier apps, among other features.

The bigger the better, especially with the battery. The standard Note 20 has a 4,300 mAh battery while the Ultra has a beefy 4,500 mAh battery pack. Both models are also features fast-charging that can charge up to 50% in just 30 minutes.