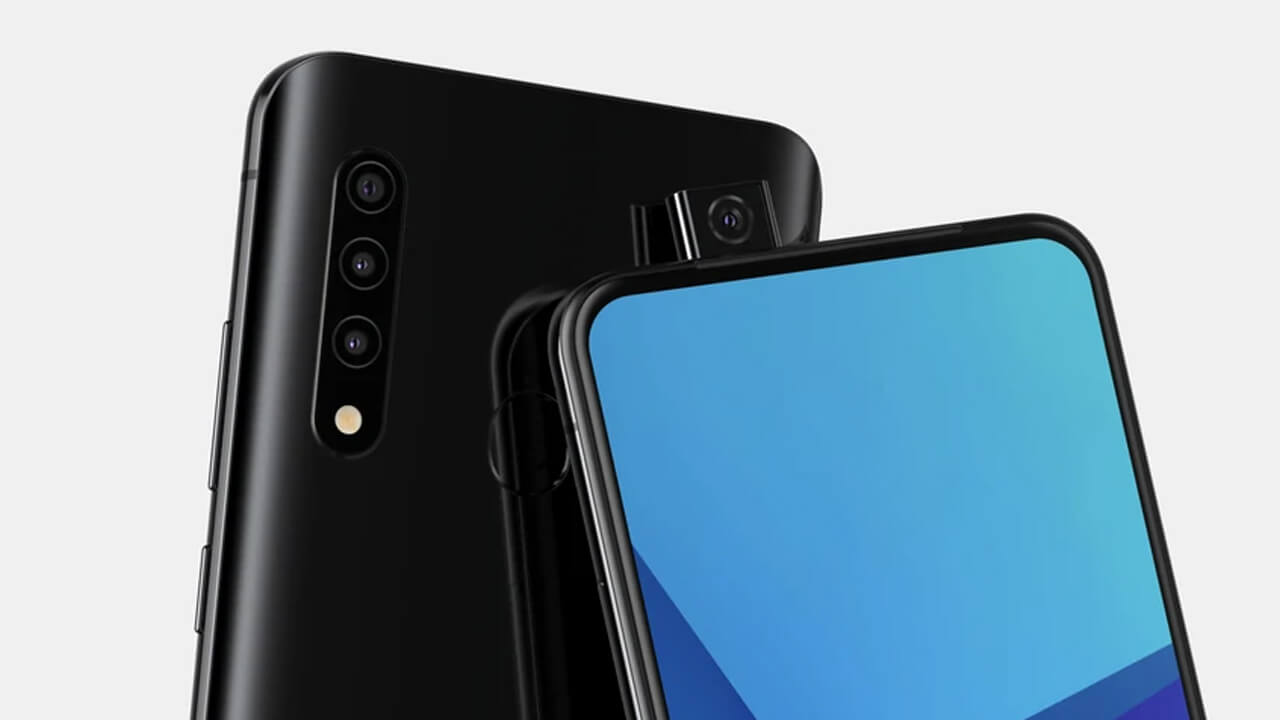 A notchless screen display is what was predominant in the year 2019.

This allows for a more immersive smartphone experience yet. Thanks to pop-up cameras, notchless smartphones were one of the biggest innovations in the year 2019.

But pop-up cameras seem to be a thing of the past, don’t you think?

That’s not what Samsung thinks though.

The South Korean giant is definitely planning to return to this design to give way for an upcoming notchless smartphone.

In 2020, it seems that we have moved past pop-up cameras to give way to punch-hole displays. Or have we really?

Known leaker @OnLeaks has shared renders of this Samsung device together with Pigtou.

In the renders, we can see a design that Samsung had already adopted but only on the Samsung Galaxy A80 phone. However, it was executed differently.

In the leaks, you will notice that the front of the device is clean, without any notches or punch holes that disrupt the screen.

Also, the bezels on the device are mostly thin, where only the bottom bezel has some length to it.

The highlight of this device – the pop-up camera.

As mentioned, the pop-up camera is not entirely new to Samsung. Such innovation has been adopted with the Galaxy A80.

However, it was used differently as the rotating pop-up camera mechanism to use the same camera setup for both, the front and the back.

Now, this upcoming device is taking a more traditional route towards its integration of the pop-up camera.

And because of that, it then gives it a look that is shared across devices like OnePlus 7 Pro, Redmi K20 Pro, Realme X, and many more.

But the difference with this device is that it will reportedly come with a rear fingerprint scanner – something to set this one apart from the others.

Since it is still too early on, we are sure what the technology is used on this phone.

But that is not all…

There is one detail that is very hard to miss – the triple camera setup at the back.

That is another article to touch on as we do not have the specs for these cameras just yet. Perhaps, the next leaks will contain just that.

Furthermore, the phone will also feature curved side edges on the back.

@OnLeaks mentions that the device has a USB Type-C port and an IR Blaster. Unfortunately, we are going to have to miss out on the 3.55mm headphone jack.

More information reveals that the display diagonal is said to 6.5-inches. Meanwhile, the rest of the device dimensions are said to be 183.5 x 77 x 9.2 mm.

Unfortunately, that is all we have at the moment with this device. Everything else is unknown – including its name and whether it will be 5G capable.

Another unknown detail is its official release. Samsung has not pointed out a date for its reveal.

We will hopefully learn more about its device as soon as it nears its launch.

If you want to know about the other Samsung device with a pop-up camera, it is available on Amazon with a discounted price.