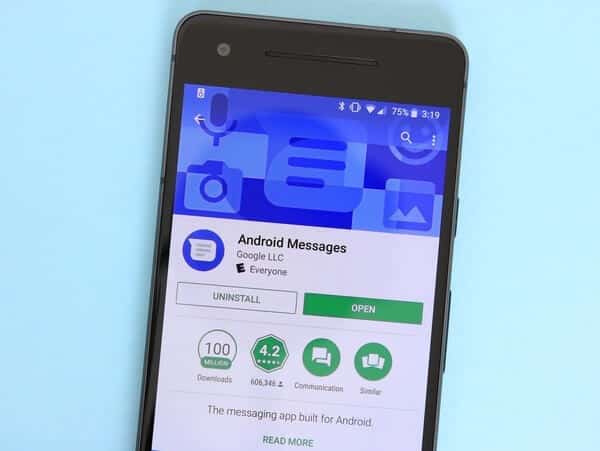 Many loyal fans would argue that Android is better than iOS.

But there is one feature Android users are missing that is only in iOS devices – iMessage. Undoubtedly, one of the features that Android users could only dream of in their devices.

The question: what makes the iMessage such a must-have feature?

Our smartphones – no matter what make – already have regular messaging, so why the trouble?

Well, there are actually quite a few differences between the two.

One, iMessage does not really depend on telecom providers to be able to get your messages across. All you need is a nice stable internet connection. Also, you can attach to photos, videos, and other multimedia files to your messages.

It is a more seamless and fun way of connecting to friends and family.

The feature is only available to Apple products only such as iPhones, iPads, and MacBooks. If you are not in the same make, then you are out.

And basically, that is what RCS Messaging is all about too – the next-generation messaging service for Android users.

And here’s some big news:

Samsung teams up with Google to bring RCS Messaging service to Galaxy phones.

Samsung, Google team up to bring RCS to Galaxy phones

Samsung is bringing support for Google’s Rich Communication Services (RCS) to Galaxy smartphones to make your conversations more seamless. The two companies have been working since 2018 to bring the features to Samsung devices. The Samsung Messages app with RCS allows users to do more, including chat over both Wi-Fi and mobile data, send and receive high-resolution photos and videos, receive read receipts, and create feature-rich group chats. The Messages app is also available on desktop, making it easy to transition seamlessly from mobile to PC. – Samsung

But here’s where it gets confusing:

Samsung has already supported RCS Messaging via its Messaging app for many years now. As long as your carrier supports RCS Messaging such as Vodafone UK, then you could communicate with other phones that are RCS enabled.

But what’s happening here is that Samsung also is signing on to Google’s Chat service too. With Google, it does not matter if your carrier supports RCS or not, but as long as Google Messages works in that region, then Samsung’s Messages should have RCS as well.

RCS Messaging availability may vary from market to market

Samsung would like to note that “Samsung Message app with RCS capabilities vary by market, device, and carrier.”

Just two days after Samsung’s announcement, there have already been reports that Samsung phone users have already gained access to RCS in the Samsung Messages app.

If we are looking at a future where RCS adoption, this move could prove to be huge.

Google has been working with Samsung for quite some time now, even informing users via an FAQ that both companies “working on bringing chat features broadly to more regions, operators and other messaging apps (e.g. Samsung Messages).”

Now that Samsung phones are getting access to Google’s RCS by default over the next few months, it is going to be visible, and the benefits are finally going to be tangible.

Read: A workaround to get RCS on your Android phones