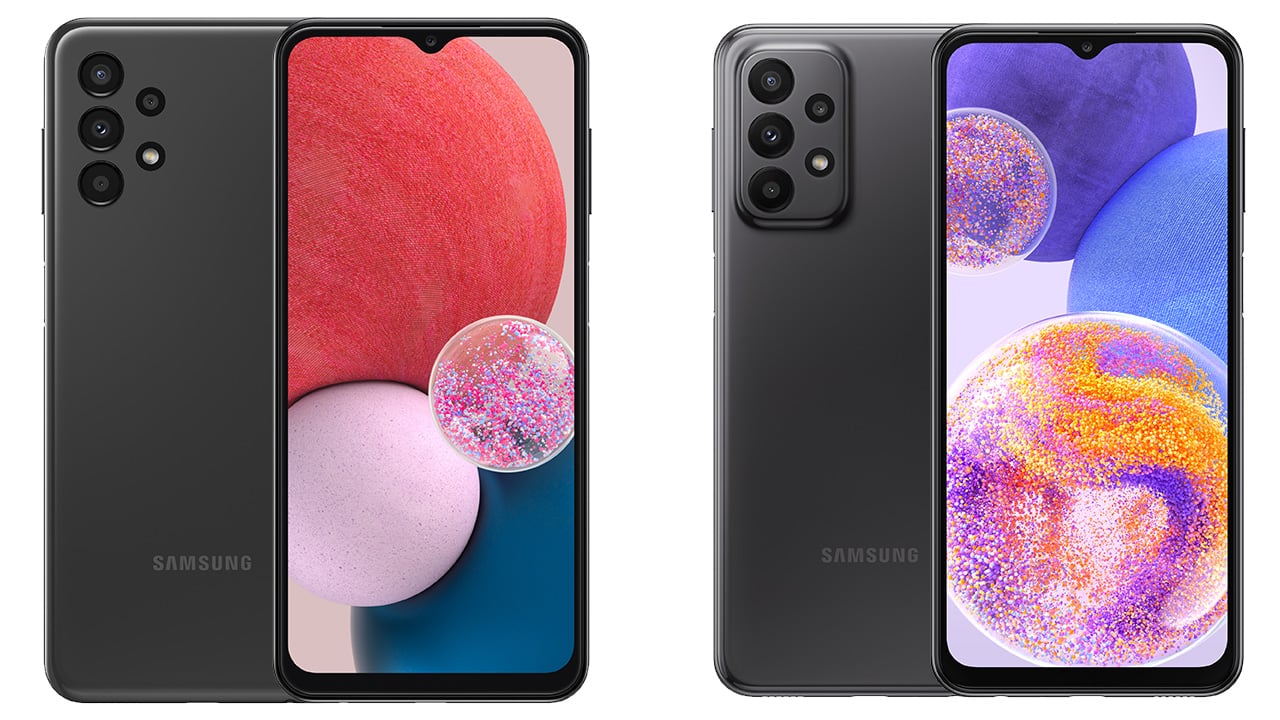 What most people love about Samsung is that it offers a wide range of products, from the features down to the price points. And when it comes to smartphones, the company can go premium or mid-range that can truly satisfy the users’ needs.

We all know that Samsung’s A series is its mid-range phone, and most probably its bestsellers because of its jam-packed features while being light to your wallet.

And now, the South Korean tech company has added yet other phones to its A-series lineup, namely: Galaxy A13 and Galaxy A23.

Galaxy A13 and Galaxy A23: let’s look into the details

In a press release, Samsung reveals two addition to its A-series phones, the Galaxy A13 and Galaxy A23.

It was only in November of last year that we got a glimpse into what the Galaxy A13 would look like through render leaks. We will now see which of those leaked photos came about the real Galaxy A13.

Read: New details about the upcoming Samsung Galaxy A13 leaked

The Samsung Galaxy A13 has a rear camera setup of a 50-megapixel main sensor, 5-megapixel ultra-wide, 2-megapixel macro, and a 2-megapixel depth camera. Plus, it features an 8-megapixel selfie camera in the front, just above its 6.6-inch FHD+ screen.

The Galaxy A13 comes with 6GB of RAM and 64GB of internal storage. But you won’t have to worry if it’s ever enough because it can support storage expansion through a microSD card.

Other features include the Samsung Knox, for its mobile security, and a side-mounted fingerprint sensor. Lastly, the Galaxy A13 will be available in four colors: black, white, peach, and blue.

The previous leaks suggested that the Galaxy A23 will come in both LTE and 5G variants. However, the variant revealed today is the LTE variant, as Samsung has unfortunately refused to state which SoC power the smartphone aside from the Octa-Core (2.4GHz + 1.9GHz).

For the most part, the Galaxy A23 has almost identical features to the Galaxy A13. Now, the former has a slightly higher RAM and storage at 8GB and 128GB respectively. The latter can still be expanded up to 1TB via a microSD card.

The Galaxy A23 will come with a TFT LCD panel with FHD+ resolution. On top of the screen is a v-shaped notch that houses the selfie camera.

Finally, the Galaxy A23 will come with the same color options as the Galaxy A13: black, white, peach, and blue.