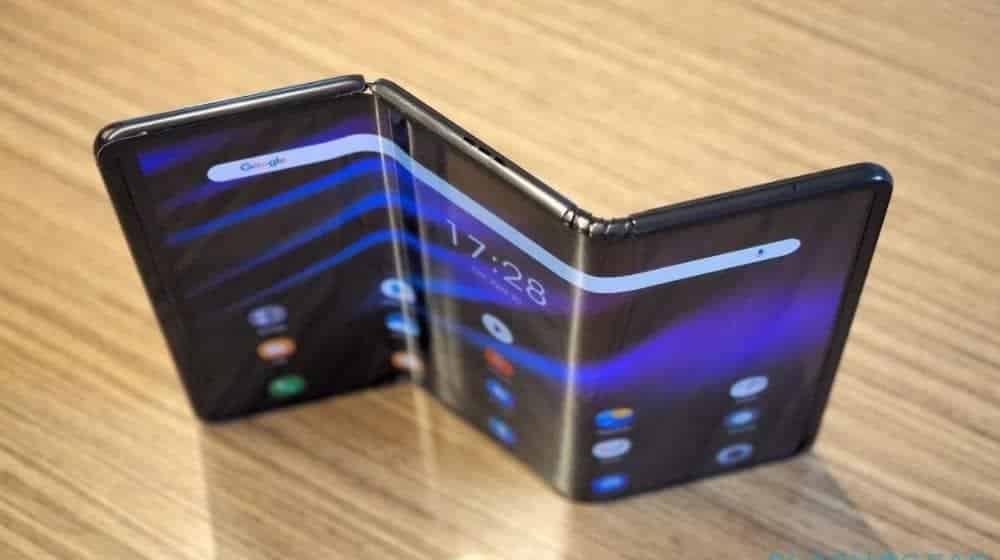 Just when you thought you have seen it all. Samsung is taking folding smartphones to the next level.

According to some reports, the South Korean giant is developing a dual-fold smartphone. If you are over your head of what that means, the smartphone folds and unfolds in two directions.

LetsGoDigital has uncovered a patent application that details what this new innovation is possibly going to look like.

It was not long ago when Samsung innovated the already large screen, folded it in half, and reveals it to an even larger screen. Now, there might be a dual-folding smartphone available soon.

According to LetsGoDigital, the dual-folding smartphone will have two hinges to support its three display parts. The device will fold inwards and the other part will fold outwards, creating a Z-like shape.

And when completely unfolded, the smartphones could be used as a tablet.

The picture above shows what the device will look like and how it folds. As you can see, instead of having a dock-like on the Galaxy Note series, it will have a groove between two of the screens for, get this –– the S Pen (one of the biggest features of the device).

As it appears, it will be magnetically held in place and can wirelessly charge when attached to the device as well.

The tri-fold design looks certainly familiar as is similar to what Samsung teased at the CES. But if the company will be able to pull off a device that can hold an S Pen without massively expanding its thickness, then this could be a total game-changer.

Aside from the S Pen, the dual-fold smartphone will also feature an HDMI port.

Furthermore, the patent shows that when the device is folded, it resembles the shape of a regular phone. When unfolded, the ride side display will be the front display. Meanwhile, the back of the display will have an attached slot for accommodating the S Pen.

Plus, the overall primary camera setup will also be getting an upgrade. The hinge of this device is said to come with reduced weight, so the device’s weight is something to look forward to.

Not only that, but the new hinge will also bring improved water resistance and dust-resistant certification.

The company is hoping to bring a smartphone with an improved under-display camera on both internal and external screens.

Is the dual-phone coming anytime soon?

It is worth mentioning here that Samsung is planning to launch this next-level dual-fold smartphone, which might be called the Galaxy Z Fold 4, sometime around the third quarter of this year.