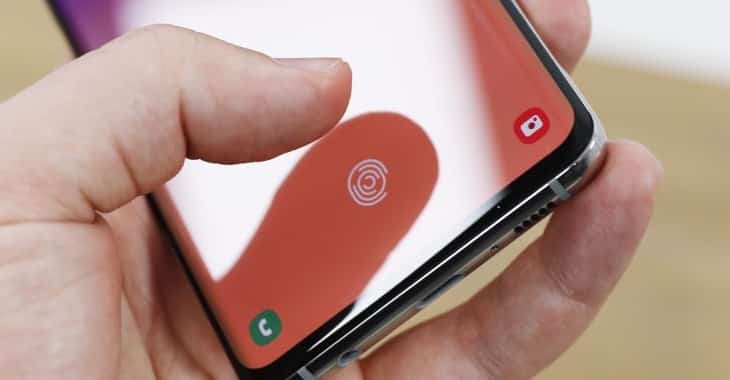 Last week, Samsung has confirmed that it is facing a security flaw in its in-screen fingerprint scanners on its Galaxy S10, S10 Plus, and Note 10 devices. Apparently, these devices can be unlocked using any fingerprint.

Now, this poses a major security threat because anyone can then have access to your smartphone. Fortunately, Samsung is very quick to address the issue. The company immediately responded with a critical fix that millions of users need to know about.

The major flaw was discovered when a user put on a $3.50 screen protector on their device. After that, any fingerprint would unlock the device. This just confirmed previous reports that adding a screen protector to the aforementioned devices could introduce an air gap that interfered with the ultrasonic scanner.

In fact, Samsung said in its official statement that, “we advise that Galaxy Note10/10+ and S10/S10+/S10 5G users who use such covers to remove the cover, delete all previous fingerprints and newly register their fingerprints. If you currently use front screen protective covers, to ensure optimum fingerprint scanning, please refrain from using this cover until your device has been updated with a new software patch.”

Samsung quickly addresses the fingerprint issue on some of its devices

It seems that the cheap silicone can fool the devices’ in-display fingerprint reader. Imagine having everything, including your banking apps, authenticated by your fingerprint, can now be accessed by strangers.

Fortunately, the South Korean phone manufacturer was quick to address the fingerprint security issue. As picked-up by PiunikaWeb, Samsung has started rolling out an emergency hotfix to the Galaxy S10 series and Note 10 devices.

According to the PiunikaWeb, the Galaxy Note 10 5G variant appears to be the first one to receive the hotfix as an OTA update. This comes as no surprise since this device has very limited availability, thus, making the distribution far easier.

Also, since the Galaxy Note 10 5G already received the October security patch, the hotfix remains on the same patch. With that said, security patch rollouts almost immediately afterward to the Galaxy S10, S10 Plus, and Note 10 devices.

Users of the Galaxy S10, S10 Plus, and Note 10 need to watch out for Samsung’s hotfix

Since this issue erupted last week, Samsung promised the update would be “released as early as next week”. Given that it is already Monday in its home country, South Korea, Samsung has kept true to its word.

However, US owners will have to wait at least until Monday morning to see the update. But, you can check your phones manually and see whether the update is already available.

Samsung has ambitious plans for the year 2020. In fact, a lot of information about the upcoming Galaxy S11 has already been leaked, but the company is also thinking more widely under-display smartphone cameras and potentially new revolutionary battery. If the update turns out to be a real fix, then there is no doubt that the company can again focus on its future plans.