The Galaxy Fold is “ready to hit the market”, says one Samsung exec

The South Korean tech giant’s first foldable smartphone was supposed to hit the shelves of April this year in the US and May of this year in Korea. Unfortunately, Samsung has missed it due to issues of the review units’ screen display.

It seems as though that it won’t take any longer for consumers to get their hands on the much anticipated smartphone. According to a Samsung executive, the foldable phone is “ready to hit the market”.

Samsung Display’s Vice President, Kim Seong-cheol, said that the Galaxy Fold are “ready to hit the market”, according to The Korea Herald. 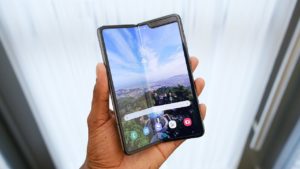 Samsung’s Galaxy Fold could finally be hitting the shelves… soon!

“Most of the display problems have been ironed out”, he cited during the Korean Information Display Society conference that took place in Seoul. Samsung Display, a subsidiary of Samsung Electronics, is the main supplier of the tech company’s folding screen.

But when exactly is the Galaxy Fold going to be available? To this, Samsung has not commented with an exact date just yet. It is rumored that it will be finally launched this July before the flagship Galaxy Note 10 series unveiling. Although, Samsung has denied this rumor. 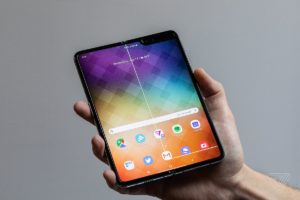 Back in April of this year, Samsung fans were very excited to get their hands on the highly anticipated foldable smartphone. It first hit rock bottom when early review units’ screen display start breaking just days after.

Users experienced flickering of the screens, and lines that are clearly very visible (see above photo). Also, there seems to be a bulge in the hinge area which eventually damaged the screen. 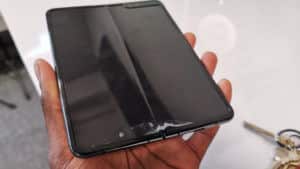 The company has also pointed out that the one of the reasons of the screen damage was the removal of the plastic layer in the screen.

In a first glance, it looks just like a regular screen protector that usually comes in a brand new phone. That is why, users were compelled to remove it right after getting it out of the box.

After the screen incident, Samsung announced that they will postponing the launch of the Fold as it will further investigate the issue. Since then, the tech company has announced on anything but the official launching of their foldable phone.

Excited for the Galaxy Fold?

Now, we would have to wait for Samsung’s further announcement on the date of the official launching of the Galaxy Fold. Although there has been  a “go signal” for its release, we still can’t be sure.

Announcement for further delays can still happen, you know. And because there is still no date to look forward to, let us not get too giddy and excited just yet.