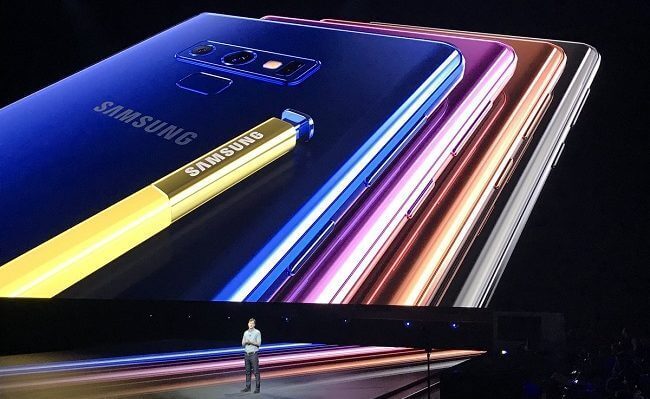 Less than a month from now, Samsung fans can finally see and get their hands on the newest member of the flagship smartphones – Galaxy Note 10. But based on the photos published by the Federal Communications Commission, you will have an idea on what the device might look like.

Ditching the 3.5mm headphone jack has now become the trend, which was started by Apple back in 2016. And now it seems that Samsung has joined the trend. It has been confirmed that the Galaxy Note 10 will not have a headphone jack.

On Thursday, the FCC published routine certification documents on the South Korean’s upcoming high-end smartphone. On one document which focuses on the testing environment, it included a few photos of the device.

The photos revealed a triple-lens camera. And it looks like the Galaxy Note 10 won’t have a headphone jack anymore – a trend which was started by Apple in its iPhone 7 in 2016.

The Galaxy Note 10 is positioned to rival Apple’s iPhones in the US and in the high-end premium smartphone market. In the Galaxy Note series, the most noteworthy feature is its stylus pen that Samsung calls the “S-Pen” and an impressive large screen.

The documents also indicate that this particular model will not support 5G, although Samsung is expected to release a 5G variant of this device.

Other big phone manufacturers such as Apple, Motorola and Google have long abandoned the headphone jack. Although Samsung has a long history of including the 3.5mm headphone jack in all its flagship phones, but it is about to end.

The South Korean giant is finally ditching the headphone jack in the Galaxy Note 10 handsets. Instead, it will have a USB-C headphone jack that we think will double as the charging port.

With still a month to go from its official launch, the move to ditch the headphone jack has already been criticized by many. But Samsung has come prepared though, providing a USB-C in-ear headphones with a noise-cancelling feature. Although, it is not yet clear whether the earbuds would come straight from the box.

Furthermore, the front camera cutout is almost invisible in one shot. According to the FCC, the Galaxy Note 10 bigger and smaller models will feature a 6.7-inch screen and a 6.3-inch screen display respectively.

The photos are not supposed to be leaked…

But now it seems that the move to publish the documents with the photos is a mistake. Samsung has apparently asked the FCC for confidentiality in a letter last June 27 to keep the photos and other information private until the device has been officially launched.

In FCC’s website, the photos are no longer available, but have been saved in sites that mirror the database. And yet, many online websites have still reported about the leaked photos.

An FCC certification is required by the US government for every device sold in the country that can be connected to Wi-Fi, Bluetooth or to cellular networks.