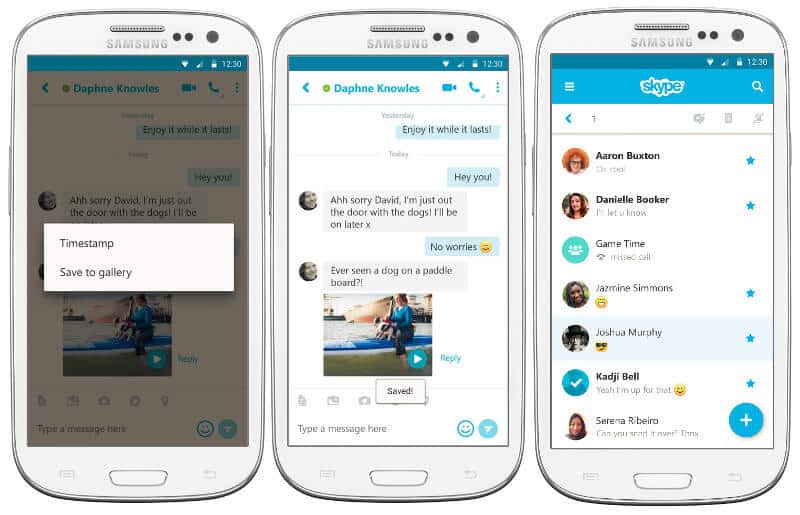 When it comes to an online communication tool, Skype has once dominated this department. But with the rise of other cross-platforms like WhatsApp, Facebook and even Google Hangouts, which are becoming more popular, Skype definitely is not on top of the list anymore.

Skype used to be the go-to app when it comes to video chatting, but right now it seems like Skype is having a hard time keeping up. But there are still businesses which are used to the app who are still using it.

But to those who are still using the platform, especially on Android devices, there have been reports of a bug that automatically answers Skype calls. And this could be potentially problematic.

The app has been causing buzz for some users. With others reporting that Skype automatically answers calls. And that can be pretty problematic to some users.

Can you imagine when you are in the middle of getting dressed when suddenly your boss calls you to ask for an update on the report you are working on? Now, you wouldn’t want your boss to catch having trouble putting your coat on, do you? We do not think that is a very good sight to see either.

Skype already has the option that allows calls to be automatically answered, although the feature has definitely have niche target market.

But as it turns out, regardless whether you have this feature turned on or off it really does not matter.The bug on Skype for Android answers the call for you anyway.

The first bug reported regarding the issue can be seen in Microsoft forums way back in January of this year. But since then, the number of people by the bug is gradually growing.

Are Wearables The Culprit For The Bug?

Since many are still experiencing the bug, some users have tried different ways to fix it themselves. Now, some users have reported that wearables could be the possible culprit for this problem.

Once the wearables are disconnected to the Android smartphone, the automatic answering on Skype stops. But that can’t be applicable to other users, as many still report the issue with or without wearables connected to their devices.

But Microsoft forum members have reported that that is not the legit fix to the issue. Rather, the latest preview version of Skype is the answer. And this you can get when you sign up for the Beta or on APKMirror.

To those few who have not been affected by the bug, you do not have to do anything on your smartphone or to the app. And to confirm whether or not you are one of the unfortunate users, test out your Skype app.

Ask a friend to call you on Skype and see whether the app automatically answers the call. And if not, then the odds were probably in your favor.