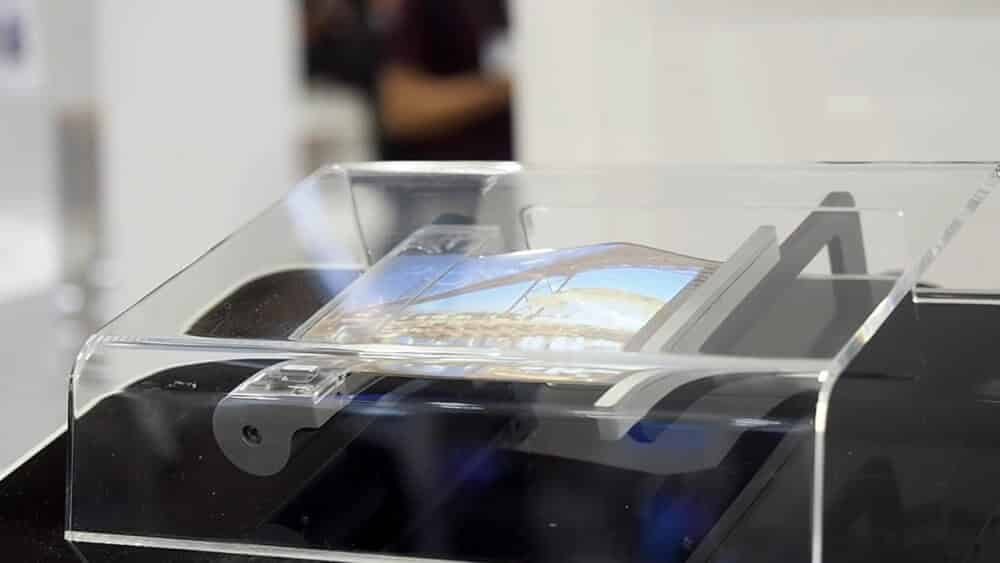 Whilst everyone wait for further news of the Samsung and Huawei’s foldable smartphones, Sony is apparently working a flexible display smartphone of its own. But in this case, we are talking about a rollable phone rather than foldable one.

Almost everyone is joining in the foldable smartphone bandwagon. Sony is definitely the last company you would expect to work on a foldable phone. And yet, surprisingly enough, Sony is rumored to be working on a rollable phone instead according to tipster Max J., a.k.a. @Samsung_News_.

The Twitter tipster is popular with his Samsung leaks, so it is a bit surprising that he has a Sony leak. And he has some pretty genuine intel about the phone prototypes being worked on at Sony.

According to the information, Sony is working on a phone that features a Snapdragon 855 with 5G thanks to the Qualcomm X50 modem. It will have a 3,230mAh battery and a 10X zoom camera. This is a big step since there is no Sony phone that has that yet.

The most interesting is its “Nautilus Design”, a hint of a rollable screen display. But this is nothing like what Samsung showed off three years ago, except made by LG instead. Finally, Max J says that Sony’s rollable phone will be ready to launch early or late December of this year.

We have previously seen patents from Sony which details how a rollable or foldable screen might work. It is also a known knowledge that LG is the one supplying Sony with its flexible screens – which is an expert in rollable screen designs.

And with the news that Sony and LG are working together to creating a rollable phone, this rumor has started to sound more credible and reliable. But at the moment, we are only talking about prototypes here.

With all these features, do not expect a cheap smartphone. Remember, Samsung’s Galaxy Fold has a starting retail price of $1,980 and Huawei’s Mate X will roughly be around $2,600. However, there are still no solid evidence to back up this claim.

There is still a chance that this one won’t come to light. In the meantime, it is the IFA 2019 expo in Berlin this coming September, a show where Sony has a strong presence. We might be hearing more about the rollable smartphone there or any new technology Sony is working on.