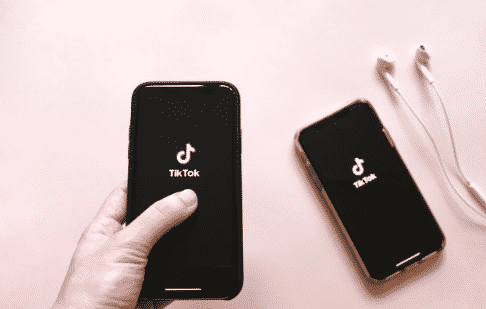 The Tiktok Silhouette Challenge began as a form of empowerment. Its original goal was to make people feel sexy in their bodies. Unfortunately, people found a way to turn this feel-good trend into an invasion of privacy and things have taken a turn for the worst.

The challenge starts with the main subject dancing or posing in loose clothing. As the music transitions, the video cuts to a scene where the subject appears in dim lighting with a red filter that obscures the body of the subject.

In the latter part of the video, the “TikTok silhouette challenge” participants start wearing less clothing while others might appear in the nude.

Similar trends to this have emerged in the past such as the Body Challenge wherein participants reveal their bodies in tight or revealing clothing. However, with the new TikTok challenge, participants have grown bolder with their poses since they can appear in silhouette.

Left to its own devices, the TikTok Silhouette Challenge should never have been a cause for concern. But just as soon as videos trended on the platform, tutorials on how to remove the red filter and expose the participants’ bodies surfaced all around.

Following the circulation of the video tutorials, people have started to warn each other about the potential consequences of this TikTok challenge.

Just make sure you’re being cognizant of what you’re wearing before you do all the editing for the final product.

Having noticed little intervention from social media giants on the spread of the “ remove red filter” tutorials, viewers are protesting this consent and privacy policy violations.

This is readily happening across social media with little community violation response by, Twitter, Facebook, Instagram, Snapchat, or TikTok. When reminded that this is gross, creepy, and non-consenting, men respond that women are always finding ways to make themselves victims and they shouldn’t have been naked on the internet.

At this time of writing, a subreddit called r/SilhouetteUnfiltered had already been banned. Meanwhile, two Twitter users have also been suspended. These users were discovered to have been removing red filters from these TikTok videos on request and shaming the subjects of the videos. Unfortunately, these efforts weren’t enough to restrict the spread of the tutorials.

There was no statement from YouTube about how they intend to restrict the spread of the “how to remove red filter” tutorials but they reassured us that they will not permit the upload of TikTok videos that shows subjects in revealing attire on their video platform. As a matter of fact, many content creators on TikTok have even become targets of victim-blaming because of this TikTok Silhouette Challenge incident.

TikTok videos that contain nudity can not be re-uploaded to YouTube, as they violate our adult content policies. Additionally, we will remove content uploaded to YouTube that has been altered to reveal participant’s bodies in a way that was not intended by the original uploader.

As for Facebook, we have not received a statement from them regarding the matter.

There are also people on social media who do not consider the matter a privacy or consent violation – reasoning that someone who has been featured in a video dancing in the nude (regardless of their editing intent or the efforts of others to modify their editing intent) does not have a reasonable expectation of privacy.