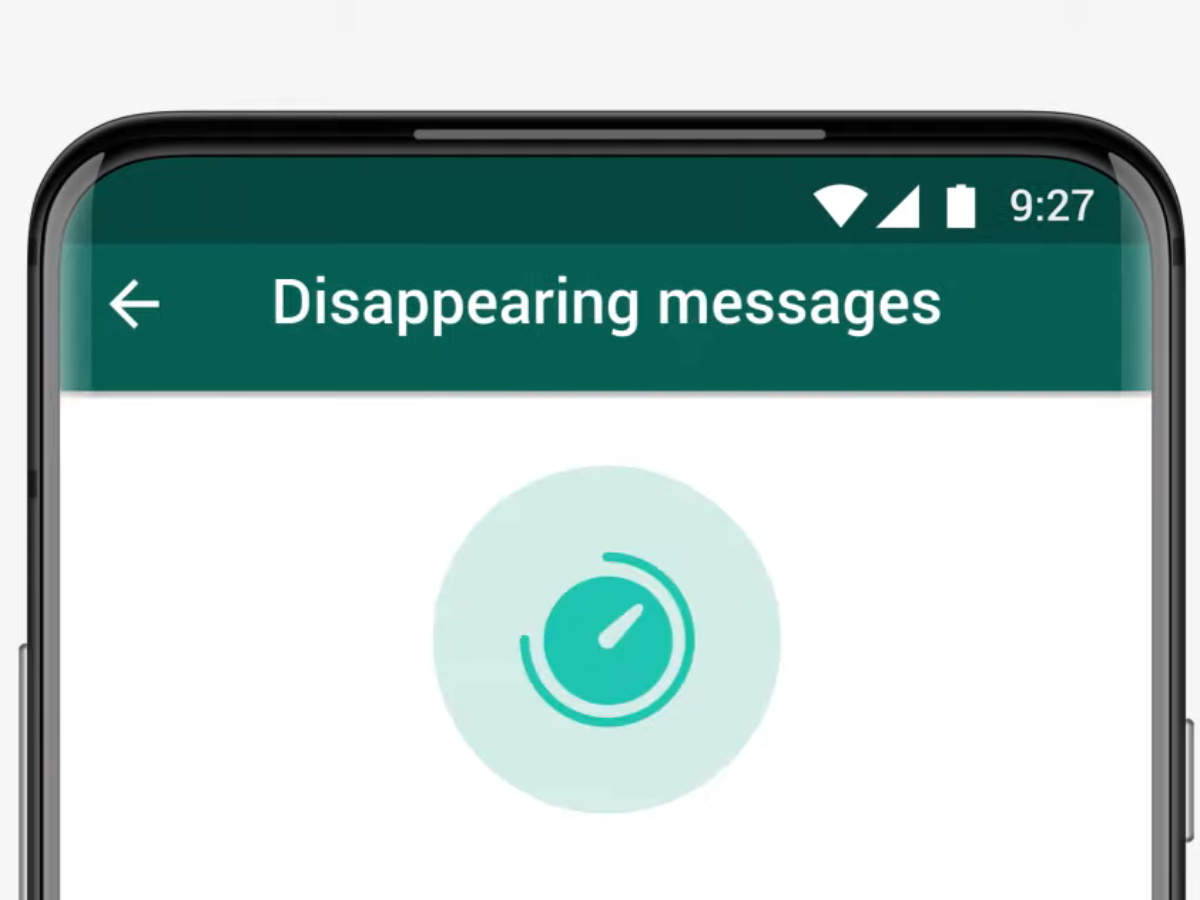 The Meta-owned (formerly Facebook) messaging app has introduced the ‘disappearing messages’ feature in November of last year. Since then, WhatsApp has added new additions to the feature.

For a couple of months now, WhatsApp has been doing some tweaks of the feature. And now, WhatsApp has finally brought the change in the ‘disappearing messages’ feature –– users can set chat messages to disappear by default.

From when the feature debuted until now, users can only have the feature enabled for individual chats or threads and make messages disappear after seven days.

Being one of the most secure messaging apps, WhatsApp regularly rolls out features over the course of the year. Now, after working on elevating the ‘disappearing feature’, the app now allows users to set disappearing messages by default.

Users now will be able to have the feature turned on for all new individual chats by default. it can be turned on by heading over to the app’s privacy setting and hitting a new “Default Message Timer” button.

If users want to create a new group chat, they will also be able to toggle the feature on. Other people who are in the group chat will be notified that a user has the disappearing feature turned on by default.

It is good to know that existing chats will not be affected by the toggle. However, other users involved can adjust their settings for disappearing messages for their thread chats.

In addition to that, users will have time options for when their messages disappear: 24 hours, 7 days, or 90 days.

If ever you are worried about leaving messages or audio recordings that you think you might regret later, then this is perfect for you. Or if ever you need a sensitive message removed after the recipient has seen it, let WhatsApp do it for you, before you actually forget.

WhatsApp is not the only messaging app to have such a feature. In fact, Signal also already has the disappearing messages feature by default.

Also read: Use Signal. But Why? Let’s Decode

As more of our conversations move from face-to-face to digital, we acknowledge there is a certain magic in just sitting down with someone in-person, sharing your thoughts in confidence, knowing you are both connecting in private and in that moment,

the company announced the change in a blog post.

And just like, a message could just vanish. Well, just like what the company said, “not all messages need to stick around forever.”

Tell us what you think of WhatsApp’s change in its ‘Disappearing Messages’ feature in the comment box below!