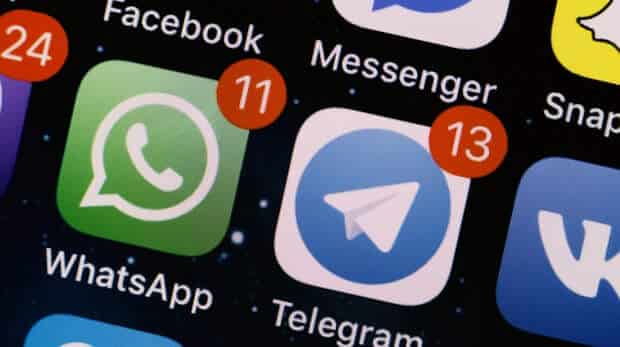 The spyware can be installed by the means of a single WhatsApp call. And what further raised the concerns is that the spyware can still be installed even without answering the call. This just leaves the users totally defenseless from the being exploited by hackers.

Since then, WhatsApp has rolled out updates and features to help in securing the app further. This has somehow calmed down many users, but Telegram co-founder is not convinced.

And in the wake of this incident, Telegram co-founder, Pavel Durov has expressed its disapproval that WhatsApp is not a secure platform for its users.

In a blog post titled “Why WhatsApp Will Never Be Secure”, Durov said that the news of the app’s vulnerability did not surprise him at all considering WhatsApp history of fails in the past.

The Telegram co-founder wrote in his blog, “WhatsApp has a consistent history – from zero encryption at its inception to a succession of security issues strangely suitable for surveillance purposes. Looking back, there hasn’t been a single day in WhatsApp’s 10 year journey when this service was secure.”

He added, “that’s why I don’t think that just updating WhatsApp’s mobile app will make it secure for anyone. Every time WhatsApp has to fix a critical vulnerability in their app, a new one seems to appear in its place.”

Durov said that WhatsApp will never be secure unless it fundamentally changes the way it works.

Finally, he suggested that FBI should enforce to WhatsApp or its parent company, Facebook, to incorporate backdoors or secret doors to bypass security systems in their programming.

As already mentioned, Durov’s comment came in light after WhatsApp has faced a security breach.

WhatsApp has since released a statement to fix the vulnerability and is urging its users to update the app to close off the security hole immediately.