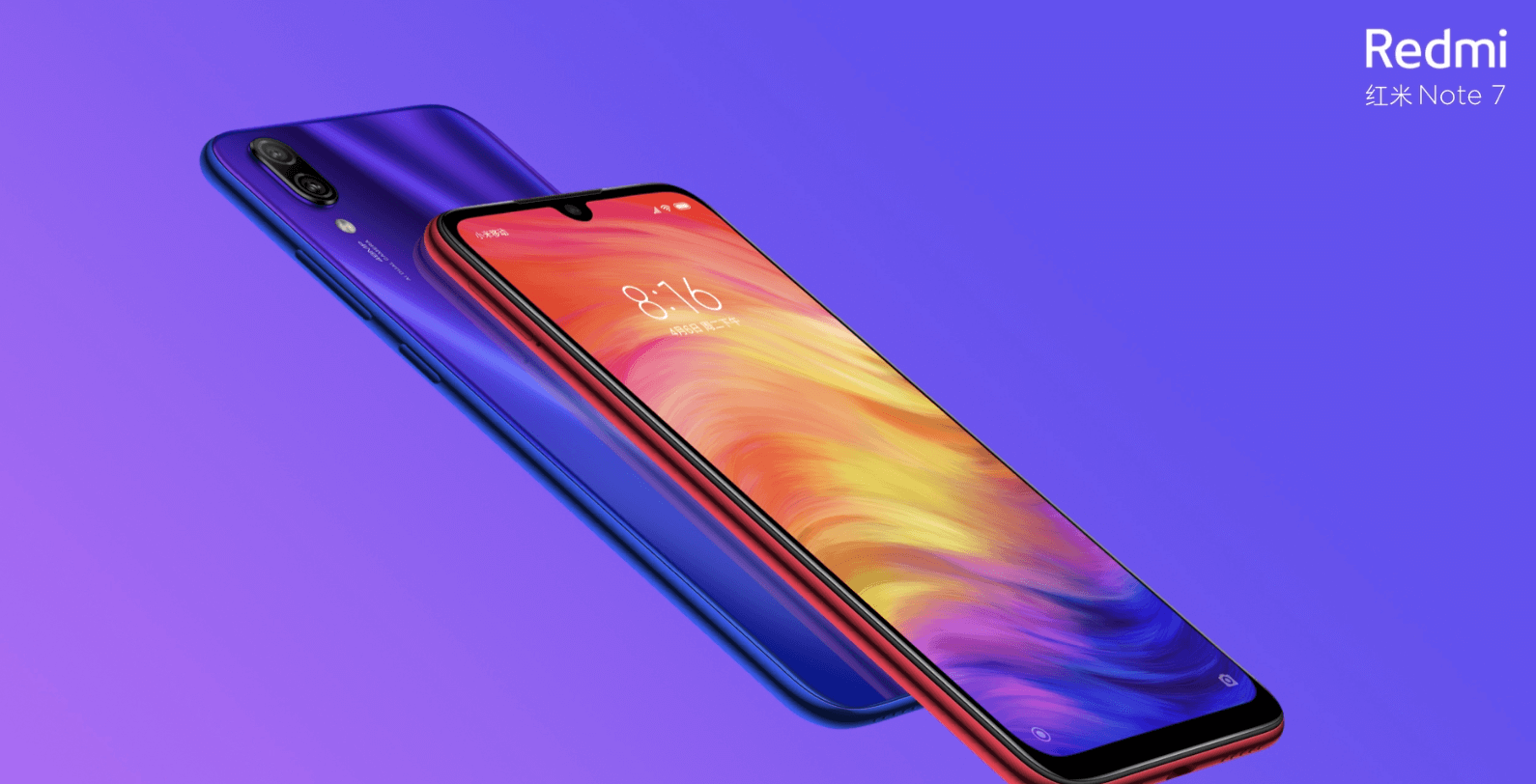 Xiaomi has just opened 2019 with news of some very interesting flagship and midrange phones in the pipeline, but front and center is the Redmi Note 7, which has just been launched in China. Xiaomi’s “Redmi” line of devices has always been associated with lower tier phones, but the new Redmi Note 7 might just surprise you.

The reason why the Redmi 5A was one of the world’s best-selling phones in 2018 is that Xiaomi has really been committed to producing budget devices that offer a truckload of value and features – enough to convince consumers that they don’t have to spend a lot to get the features they need.

The argument and design for the new Redmi Note 7 appear to be the same. The new budget phone sports an ample 6.3-inch Full HD+ IPS LCD display with the resolution at 2340×1080 pixels. That gives it a decent pixel density of 409ppi, comparable to most midrange phones out there. Driving this phone is a Qualcomm 660 AIE octa-core processor, with a top processing speed of 2.2GHz, and an Adreno 512 graphics chip.

The Redmi Note 7 comes in 3 variants – the cheapest one with a 3GB RAM/32GB (around USD$148) internal storage combo. If you need better storage and performance, you can opt for either the 4GB/64GB (around USD$177) or the most expensive 6GB/64GB variant (around USD$207). All of these price points are still way below what other manufacturers charge for their midrange offerings, but the Redmi Note 7 would probably stand very close to them in terms of performance.

Other features include a dual camera set up at the back with a 48MP+5MP main sensor, a 13MP selfie cam, and a 4,000mAh battery that should be enough to last you the day and then some. The phone will roll out with Xiaomi’s MIUI 9 Android skin, with Android 8 Oreo functioning underneath the skin. The phone will most probably get an update to Android 9 Pie soon, so consumers need not worry about that.

Great value at this price point

Looking at the midrange offerings of Samsung, Huawei, and other leading brands, the Redmi Note 7 will be very attractive indeed.

This is a sub-USD$300 phone that punches way above its weight. Sure, the Snapdragon 660 AIE processor is already a year old. But other phones at this price point will probably utilize a Snapdragon 400-series chipset, which is tangibly slower in performance to the SD660.

At the moment, the Redmi Note 7 is also the cheapest device around with a 48MP camera sensor. Sure, megapixels are not really the only factor in having a great mobile phone camera, but it sure helps that the sensor can capture a lot of detail.

Redmi Note 7 has “best-seller” written all over it

At the moment, Xiaomi has launched the Redmi Note 7 in China, and it’s already creating some buzz among the prominent tech blogs. It’s highly probable that the manufacturer will release the new budget phone to the global market, given the Redmi Note 7’s potential to break the budget phone market wide open.

It feels like Xiaomi understood the potential of the phone when designing it, and the Redmi Note 7 surely has a very fresh look – very much unlike other Redmi phones that came before it which usually came with uninspired looks. The Redmi Note 7 comes with a glass back, like the current premium phones you’ll see in the market. It looks a lot like the Honor 8X and Honor 10 Lite, complete with gradient colors which are somewhat Huawei’s trademark.

Xiaomi also uses the new waterdrop-style notch on the Redmi Note 7 to make it look sleeker than most budget phones. The whole package is just very impressive, and we have a feeling that the Redmi Note 7 will make waves in the global smartphone market.

Let us know what you think about this phone.