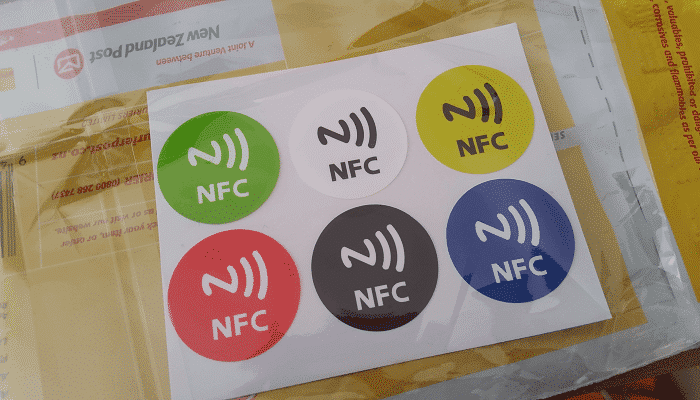 NFC or Near Field Communication is technology utilized in most recent Android devices NFC tags into the mix, which you can customize and put anywhere, things get even better.

If you aren’t that familiar with NFC technology, I’ll give you a quick crash course before I get into anything more advanced. NFC doesn’t take that long to explain, and it takes even less time to learn so you can start having fun with it. If your Android has NFC functionality, your life is about to get a lot easier.

Near Field Communications is exactly what it sounds like. When two NFC-enabled devices are nearby, they communicate.

How they communicate changes depending on the program, but the basis of NFC is still that, communication between devices. The quickest way to see if your phone has NFC capabilities is to check your settings, and then wireless settings.

If you don’t see any mention of NFC, then you’re out of luck. Without the functionality built in, you cannot use NFC tags or any other NFC device with your Android.

How do You Use an NFC Tag?

I’ve quickly explained what NFC is and does, but the tags are another story. An NFC tag is programmed with a command, and then that command is executed when it makes contact with your Android’s NFC reader. These commands vary wildly, but to program any of them you’re going to need one of these apps:

Unfortunately, NFC Writer has started getting poor reviews, but it’s still a free app, so it’s worth giving a look. On the other hand, NFC Tools is well reviewed and has plenty of tools, but most of them are locked behind a paywall. It’s up to you which app you want to go with

Once you have an app you want to use, even one other than the ones I listed above, it’s time to start programming tags. For this, all you’ll need is an NFC tag, and your Android on hand. It’s as easy as opening an app, creating a task, and then assigning it to an NFC tag you have nearby.

Task creation changes a little app to app, but this video quickly covers the process:

This is using an older version of an existing app, but the basic principle still remains the same.

Alright, with all the explanations out of the way, let’s get into what you can start doing with NFC tags. Just so you know where to pick up some after you’re done reading, you can find an inexpensive set here, on Amazon if you haven’t already looked at them:

So what exactly can you do with the little things? They don’t look like much, but now that you know you can assign tasks to each of them, they become much more useful and convenient. Here are just a few of my favorite things you can do with NFC tags.

1. Let Your Phone Know When It’s Time to Sleep, and When to Wake Up

One immediate and helpful use for an NFC tag is to switch your phone in, and out of airplane mode. Program a tag to change your Android’s wireless status to airplane mode, and then set the tag down on your nightstand or somewhere nearby.

Now, whenever you want to go to sleep, just put your phone on top of the tag, and you won’t have to worry about anything disturbing your night. When you wake up, just switch airplane mode back off, or program a tag somewhere else to do it for you.

2. Waking Your Home Up from the Door

With NFC tags, it’s possible to turn on your lights, or almost any device in your home from almost anywhere inside the house. This relies more on the system you’re using for your lights and devices since NFC is just the trigger.

If you want to know more about home automation systems, and how they can help make your home more convenient, please read what we have to say about them.

3. Save Battery at Home, on Your Commute, and at Work

If you program an NFC tag to switch off your Wi-Fi, switch to airplane mode, or to toggle battery saver, you’ve got a battery saver button your hands. Put a tag somewhere in your workspace, in your car, or anywhere you can think of, and then give it a tap.

This is great if you forget to do these things on your own while away from a charger, but if you put a tag like this where you normally put your phone, you’re covered.

NFC tags can help you cook with something as little as starting a timer once you touch your phone to it, or pulling up a recipe book or a website to find out what to make for dinner tonight. In fact, why stop there? An NFC tag can even pull up Google Maps with the address to your favorite restaurant, or pull up information for ones around you when you program it.

The amount of options is nearly limitless.

5. Pull up the News to Start Your Day

I like to start the day by figuring out what’s been going on while I’ve been asleep. Program an NFC tag to retrieve your favorite website, and then place the tag somewhere you go during your morning routine. This pulls up the news just like a bookmark, but even faster when you don’t have to input the commands yourself.

6. Give Your Friends and Family the Wi-Fi Password With a Tap

For this next one, other people are going to need the same NFC app you used to program the tag with. Otherwise, they’ll just be redirected into getting the app themselves. However, once they have it, if you program an NFC tag with your Wi-Fi information, all they need to do is tap their phone to it to get connected.

Convincing them to get the app is a bit of a hurdle, but past that it’s an easy process.

7. Lock the Door When You Leave and Unlock it When You’re Home

NFC communicates with more smart devices than just your Android, with smart locks like in the lockitron system, it’s possible to use NFC tags to lock and unlock any door in the house. Unfortunately, this isn’t possible with just a few tags and your Android, but with systems like lockitron, you can start unlocking or locking your doors from almost anywhere.

8. Return Any Information With Just a Tap

Do you have a note you need to remember? Or a site you need to check at a certain time? You can already see where I’m going with this, but if you program an NFC tag to pull up the information, you have it ready at a moment’s notice wherever you put the tag.

9. Turn Bluetooth On or Off Anywhere

If you don’t feel cluttering your menu with Bluetooth toggles, why not set a toggle switch on an NFC tag? Toggles are one of the easiest NFC programs to set, and once you do, you’ll never regret it. Place the tag near your other Bluetooth devices, and then tap your Android to it to toggle Bluetooth.

10. Enable Drive Mode When You’re in Your Car

On top of your dashboard, near your chair, or even in your glove compartment, attach an NFC tag programmed to enable drive mode, or an app with the same purpose. Once you’ve reached your destination, either turn it off manually or make the tag a toggle switch.

11. Turn Your Android into a Quick Hotspot

If you use your Android’s Wi-Fi hotspot constantly, program a tag that’s a hotspot toggle switch, and then put the tag where you normally put your phone while using the hotspot. With one tap your hotspot is activated, and then with another, it’s off again if you set a toggle switch.

It’s been a long time since I’ve thought about it, but do you remember when phones being able to touch and share data was a hot new thing? This is almost like that, but you don’t even need your Android past the setup process.

Program an NFC tag with your full contact information, and now it’ll be sent to any other NFC-enabled device if they tap the tag. This isn’t as sleek as just bumping your phone against another one, but if you really want, it’s easy to put the tag on the back of an Android.

13. Set an Alarm for Anything

If you need to toggle multiple alarms during different times throughout the day, assigning an alarm to an NFC tag is a great way to make things easier. Need to wake up soon? Set your phone on top of a tag set to make your alarm ring in a few hours. Don’t want to forget important meetings? Set a tag with a reminder on it near your desk.

It’s a simple but great possibility with NFC tags.

14. Trigger Almost Anything With Tasker

Speaking of possibilities, if you add Tasker into the mix, your possibilities increase to almost limitless numbers. If you’ve never heard of Tasker, or a similar program, like IFTTT, learn about both of them here.

It’s possible to make an NFC tag trigger almost any Tasker task, you just need to learn a few first. Even if you don’t plan on using Tasker, I recommend you familiarize yourself with how it works. Setting up a task in Tasker is remarkably similar to programming an NFC tag, so knowing to do one gives you an advantage over the other.

NFC tags are a quick and easy way to add more automation to your home and improve the speed, battery life, and usefulness of your Android. If you want to add even more useful tech to your home to make things easier, look at Google Home, and Amazon Echo to start turning your house into a smart home.

If you have any questions about NFC tags or have anything you want to share about them, please leave anything in the comments below. 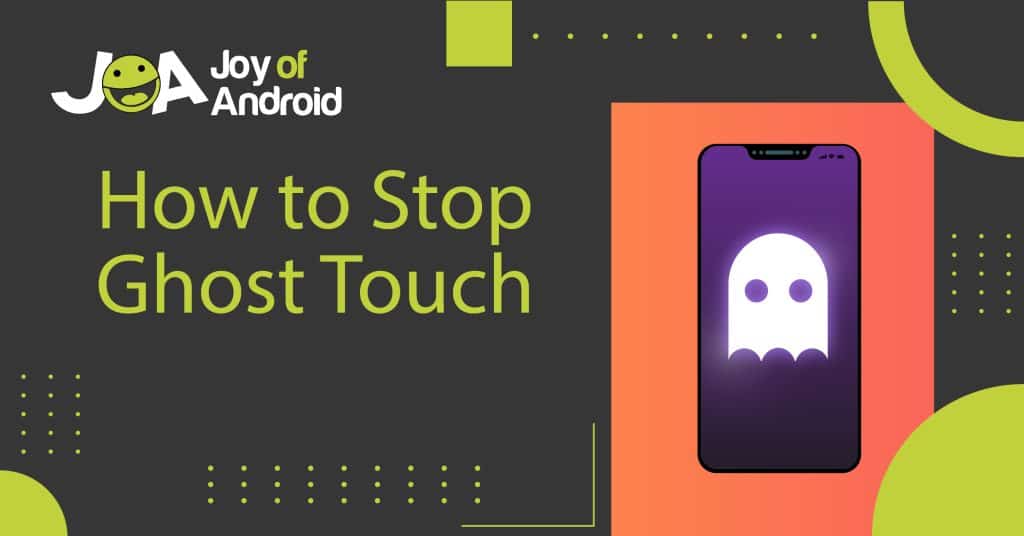 Modern smartphone screens are now created with more high-quality materials than they were before. Be that as it may, lots of users still experience ghost… 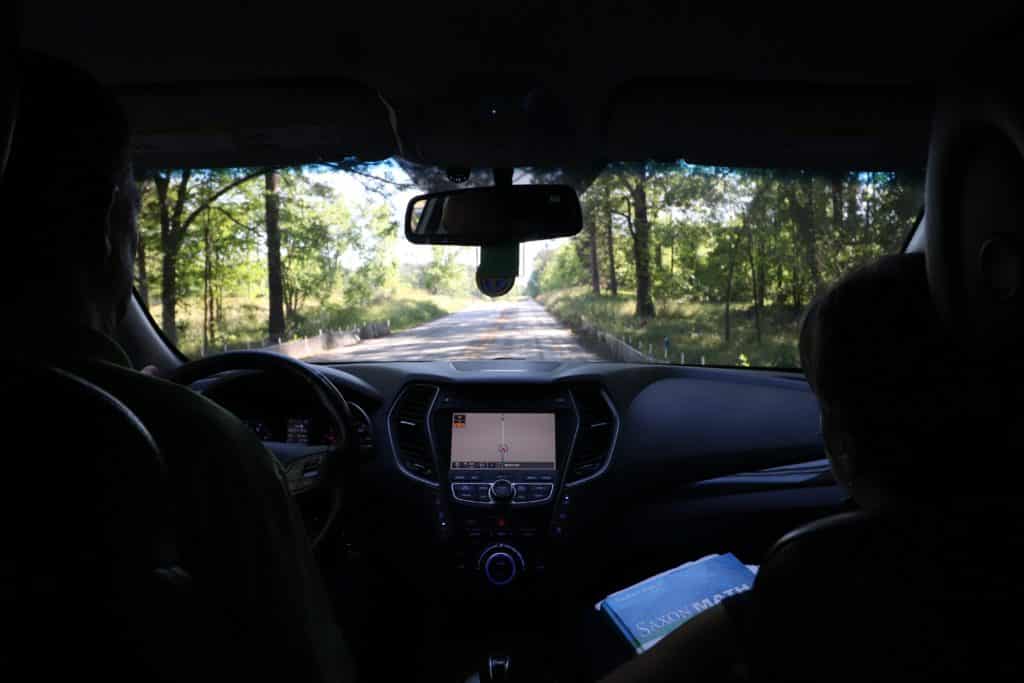 Wires aren’t fun, right? Lately, we’ve been trying to eliminate wires from almost everything – from charging to headphones and transferring files. So why should… 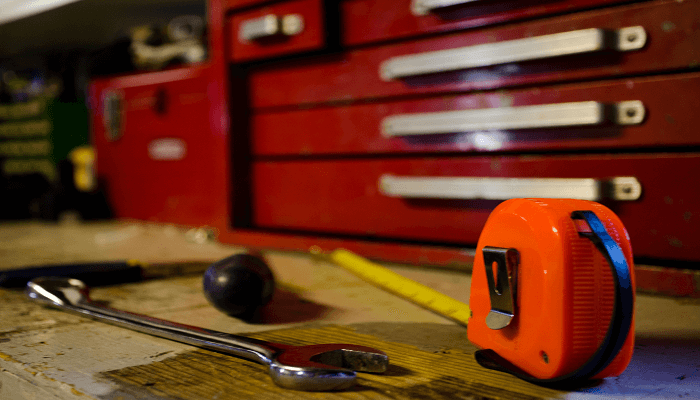 Updating my Android device is something that I find really exciting and when I see that update notification on the screen, I usually update my…