Reddit has fast become one of the fundamental parts of our lives. I started my day 5 or 6 years by opening Facebook and checking out the notifications. Now I open Gmail, then BaconReader for Reddit. This app has been my source of information and some quality entertainment for a long while now. If you are here, I’m pretty sure Reddit is one of your favorite portals as well.

Not everyone browses Reddit and it’s sub-sites (subreddits) the same. Some people like to browse images while others tend to read a lot of posts. I for one need a good image handler for Reddit. To be honest, sometimes I download images for later usage as well. A couple of the most important subredditsI visit daily are /r/Gaming and /r/Gadgets. They keep me up to date with two of the most important things in my life.

Note: The 5 great Reddit apps for Android were tested on a Samsung Galaxy Note III. I also used the Galaxy S-Pen Stylus for browsing posts and it helped in tapping on external links. All of the apps on the list worked fine on the smartphone. Internet connectivity is needed for new posts to load. 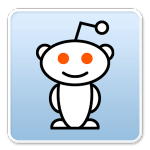 This is one of the most popular Reddit Apps for Android around.A lot of people I know use this great looking app to read posts on Reddit. I would have also used this app if I didn’t already have one that I’m comfortable with.

If you have an Android tablet, I would say this app is the best one to get Reddit on Android. The interface and the way you can manipulate the posts is just great. The app also retains the look and feel of the website we all like to visit daily. The app comes with some free themes if you want to change the way the app looks.

All of the themes are currently free, but the developer is aiming to add in premium ones soon. You can also share the current page via NFC, which is pretty great when you are among friends and need to share a post without handing down your smartphone. 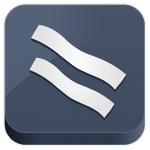 This here is a great Reddit app for Android that hasn’t let me down in almost a year of use. I use this app daily and it’s performed quite well. I like to browse images on the app and it keeps them at the center of attention. The app is also great for random surfing if you are into that thing.

BaconReader for Reddit works extremely well on smartphones, but it shines the best on tablets. The posts with large pictures display with full glory on the tablets and it is quite easy to swipe though them. The slide to view system makes Reddit feel like a magazine. 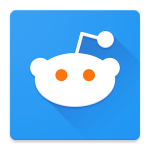 If you are super into memes and GIFs, Sync for Reddit is the app that should be on your smartphone. The app comes with a beautiful interface. That’s not all, though, almost every aspect of the app is customizable making it heaven for personalization lovers.

The app also has one of the best performance and loading times in the whole list. However, the in-app browser is equipped to handle GIFs, GIFV, and even Gyfcat. This makes it a powerful tool for sharing funny things on the internet. I also liked the way the app manages to save battery with its night theme.

The app also has AMOLED support, this means the black pixels are actually turned off to conserve energy on smartphones that come with that screen. 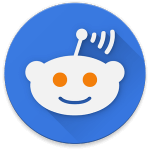 This Reddit app is for the moderators. This app provides you some basic tools to moderate a subreddit with comfort from your Android device. I know, these tools are not that comprehensive, but they are better than leaving a troll running amok in the crowd.

You can distinguish posts and make them sticky. The best thing is you can ban users easily. The app also comes with inline previewing of uploaded content. You can send messages to other users with the app and be notified when they send one back. Relay for Reddit allows you to filter subreddits, which is a great way to moderate usage for teenagers. Despite all the great things about Reddit, there are also some undesirable elements on there. 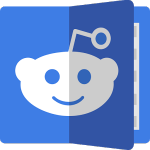 Well if you did, this app is right up your alley. This app presents posts in a great looking way that makes reading news and information easy. The app is designed for phones and tablets and works equally well on both. Some apps are definitely better on tablets, but this one is even on both mediums.

Now for Reddit allows you to browse Imgur images. Imgur is the most popular image host for images shared by Reddit users, so ease of browsing images hosted there is actually a big deal. The app comes with messaging features allowing you to send and receive messages directly from the app. You can vote, comment, hide, share or even save a post for later consumption.

There is no official Reddit app for Android, but these are some great options make up for it. I know there are a lot of other Reddit apps around, but they offer the same features as these. I tested around 20 apps and selected the best ones in terms of readability, image support and easy navigation.

If you have another great Reddit app that you think should be on the list, do tell me about it and I’ll check it out as well.

One of the best things about Android is the Google Play Store, which is filled with countless apps. After using Android for a while there…

Social messaging app just.me last Friday launched on Android amidst plans to expand their over 250, 000 user base. The android version is currently available…