Taking screenshots on Android is probably one of the easiest things to do and even if you don’t want to install Android screenshot apps, you can easily use the default method of taking screenshots on the OS, which is available on almost every Android device. Whether you are a developer and want to capture your phone’s screen for showing off your new app or you want to share a message on your device with your friends online, you should know how to take screenshots on your device. This article is designed to help you understand how to take a screenshot on Samsung Galaxy Note 3.

Open your app drawer and go to the Settings app on your Galaxy Note 3.

Next, go to the Controls tab while in settings. Now, you will need to enable the Palm motion option.You can simply do this by flicking the button to the right and it should turn green as in the image below. 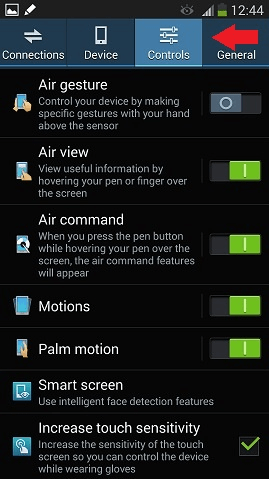 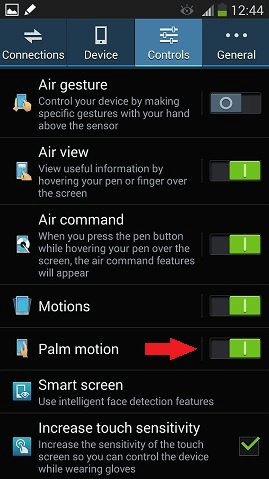 After enabling Palm Motion, click on Palm Motion and enable the Capture screen option. You can do it simply by flicking the button to the right. 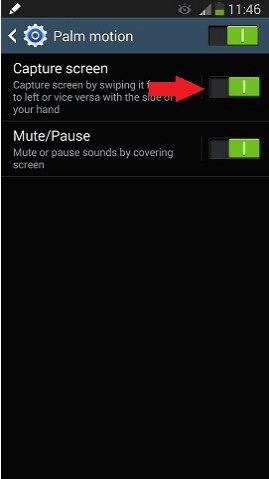 Now, go to the screen that you want to capture on your Note 3.

This is possibly the easiest and fastest method to take screenshot on Samsung Galaxy Note 3. This is Android’s default method of taking screenshots on most devices. While this is the easiest method, it isn’t much fun and is relatively straight forward compared to the other methods.

Simply, press and hold the Home button and Power button simultaneously on your Note 3. This will capture your screen after approximately two to four seconds and you will hear a shutter sound and will get a notification of the screenshot being captured. You can now access the screenshot from the Gallery app in your device.

This method is limited to the Samsung Galaxy Note 3 and you won’t find such a method on any other Android device including Samsung’s Galaxy S4 device. The method uses the S-Pen to take screenshots and not only does this method look cool for taking screenshots, is is also extremely easy.

Remove and take out the S-Pen from your Galaxy Note 3.

Hold the button on the S-Pen for about two to three seconds and then place the S-Pen on the screen of your Galaxy Note 3 while pressing the button. The screenshot has now been captured and you will get an option to further edit the screenshot right away.

This method is also limited to the Galaxy Note 3 and you won’t find a similar method on any other Android device. Like Method 3, this method also  uses the S-Pen to take screenshots but uses a slightly different route.

Remove the S-Pen from your Galaxy Note 3 as we will use the pen to take screenshots.

Go to the screen that  you want to capture.

While on the screen that you want to capture, simply hold the S-Pen over the screen without actually making any contact with the screen.

Next, press and hold the button on the S-Pen and this should bring up the Air Command menu.

Now, simply click on the Screen write icon and this should capture the screen instantly. After capturing, you will get an option to edit the image further. You will be able to view the screenshot in the Gallery app. 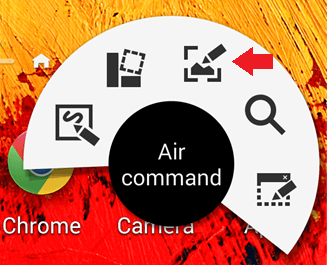 This method features another third-party app available on the Google Play Store, which has become quite popular over the past couple of years, receiving over 5,000,000 downloads. The app is perfect if you want various features while taking screenshots on your Galaxy Note 3, without the need for rooting your device. While this app is almost the perfect all-in-one screenshot taking method, the screenshot trigger methods including the shake trigger are known to be quite sensitive on some Android devices. The app lets you edit various settings including the type of file, the location and also features a built-in image editor.

Firstly, download and install the Screenshot Ultimate app on your Galaxy Note 3. You can download it using the Google Play button below.

Once downloaded, open the app through your app drawer. You will be taken to the trigger methods screen when you start the app.

Now, choose your desired trigger methods. The methods available include shaking, clicking on the service icon, using the audio jack, plugging in or removing the charger from the device, timer, custom shortcut, widget and many more. 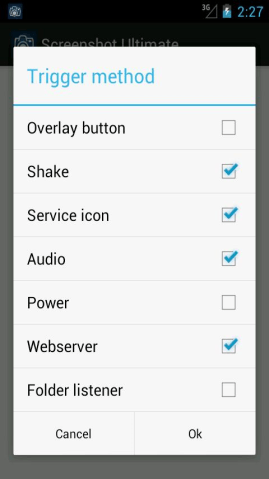 After selecting your trigger methods, you can edit the settings including the location where you want to save the screenshots and the name of the file. 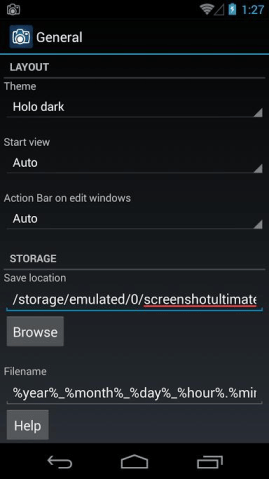 Next, go to the screen that you want to capture and use one of the trigger methods that you selected earlier. This should capture a screenshot on Samsung Galaxy Note 3 immediately.

Now, you can either view the screenshot or you can edit the image using the built-in editor of Screenshot Ultimate. The app also gives you the option  to compress the screenshots in a zip file and compose an email directly, with the screenshot files attached.

Taking screenshots and recording screen on Android are essential for most Android users and all users should be able to take screenshots on their Android device. The Galaxy Note 3 does feature 4 different and effective screenshot taking methods which you can use to quickly take screenshots without the need for rooting your device or installing any third-party applications. However, if you’re looking for something more than just taking basic screenshots, then you should consider using Method 5 or Method 6 explained above. Whichever method you choose, follow the instructions properly and feel free to shoot any questions about taking a screenshot on Samsung Galaxy Note 3 below! 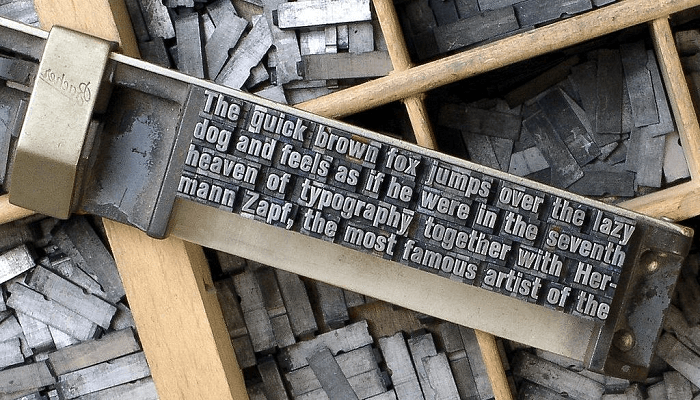 One major benefit of being on the Android platform is the sheer amount of customization you have sitting at your fingertips. This customization can change… 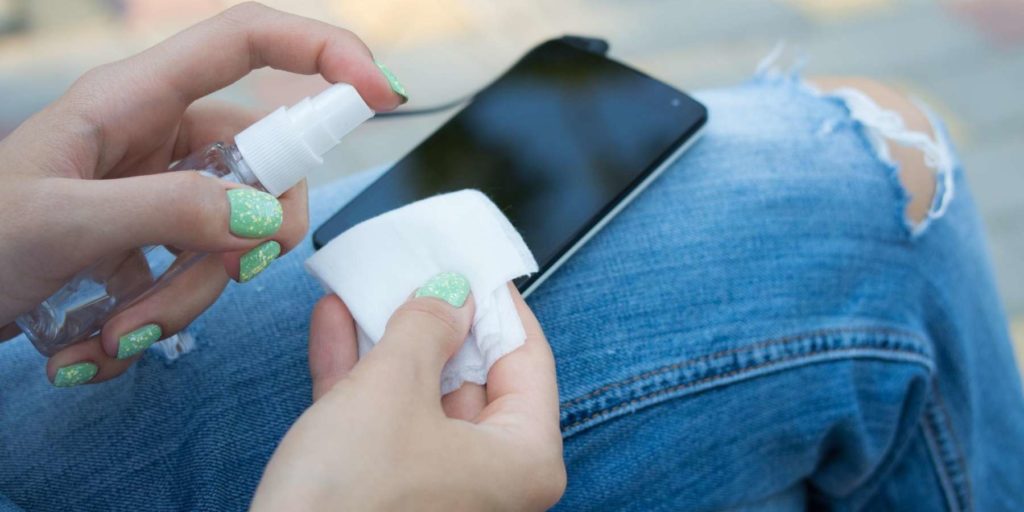 Did you know that your smartphone can spread germs and viruses to yourself and other people? If so, we are here to teach you how… 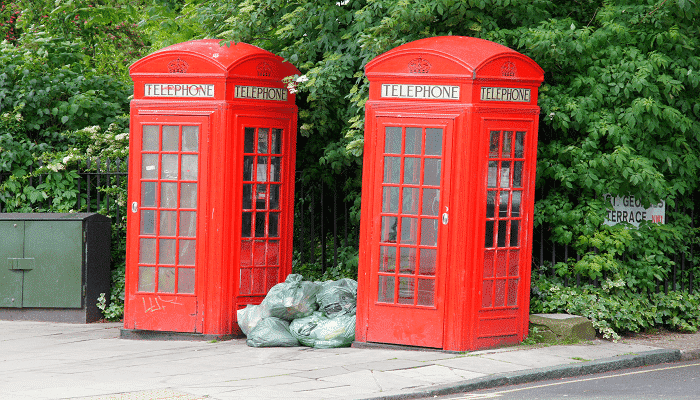 It’s expensive to keep one phone for business and another for your personal life, even with something like burner phones or numbers. If you could…