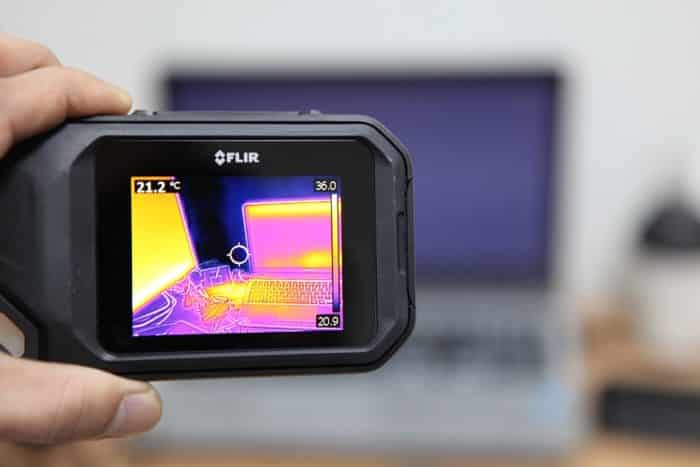 You can capture images that your naked eye can’t see, or your ordinary camera can’t take.

How? Use a thermal imaging camera for Android.

Yes, it sounds like something from a sci-fi movie, but it’s real.

Have you ever dreamed of catching a mystery object that’s hiding in the darkness? Or see whether your water tubes have microscopic holes in them?

With thermal imaging, you can answer the abovementioned questions with a resounding yes.

You can do other things as well: investigating fire accidents, detecting leaky pipes, finding lost objects, and the list goes on. Speaking of such things, you might also be interested in using your Android phone as a security camera.

But what is it, and how does it work? Let’s find out.

What Is a Thermal Imaging Camera?

A thermal imaging camera is a type of thermographic camera that uses infrared radiation. It detects areas of heat behind walls or other solid objects and can also check whether the circuit breaker is overloaded or if the water channels have a leak.

So, how does it work?

It shoots images differently from ordinary cameras. It captures and detects heat signatures or infrared radiation from each object.

The radiated heat varies from object to object, that’s why you’ll see a palette of colors, ranging from red, yellow, orange, blue, and other colors.
A thermal imaging camera comes with a thermal sensor that picks up this radiated heat and captures them as images.

A Brief History on Thermal Imaging 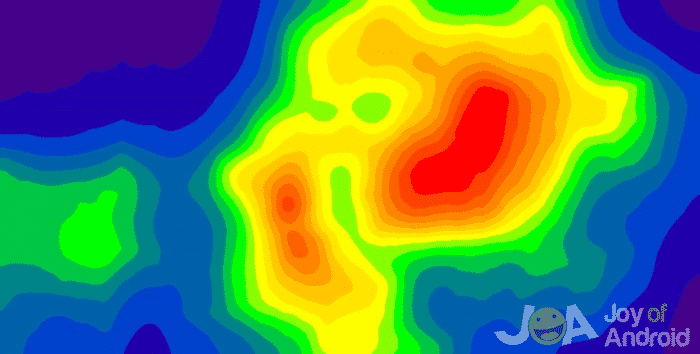 The history of thermal imaging goes back to the year 1800 C.E. when Sir William Herschel discovered infrared radiation. Eighty years later, a topnotch inventor named Samuel Pierpoint Langley created the bolometer, which is a thermometer that uses infrared radiation.

It goes way back, right?

In the early 20th century, thermal imaging gained momentum because of its role in military activities in World War II. When the Hungarian physicist Kálmán Tihanyi made the first-ever IR camera in 1929, the British troops used it to detect warplanes.

Tech companies EEV and Philips became interested in this innovation and made a device that helps firefighters locate flames despite smoke, darkness, or heat-permeable barriers. FLIR also joined the bandwagon and created a thermal imaging camera for vehicles.

Where Can I Use Thermal Imaging? 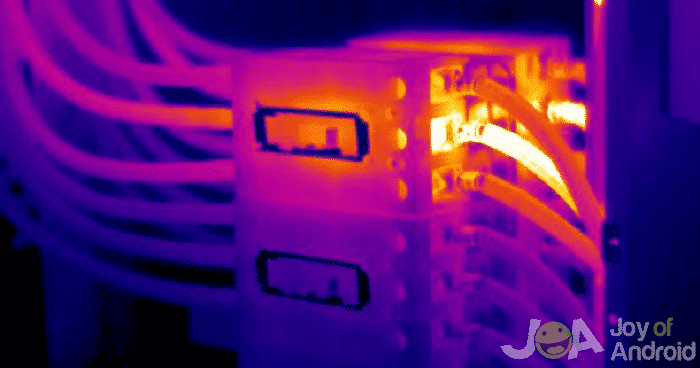 Aside from military officers and firefighters, thermal imaging cameras are also beneficial for those whose jobs are related to building or house construction. They can easily spot leaks on water tubes or detect which areas need more insulation.

Cops can also use a thermal imaging camera in their search operations because it lets them spot a suspect hiding in the dark. Pest control professionals can locate pest ingress and the pests themselves.

If you’re a regular office worker, thermal imaging devices can easily detect when your boss is coming to the office before he’s there. This device comes in handy if you don’t want him to catch you doing non-work related things on your desk.

Jokes aside, a thermal imaging camera is no doubt one beneficial gizmo for the military and civilians alike.

Why You Should Use an Android-based Thermal Imaging Camera 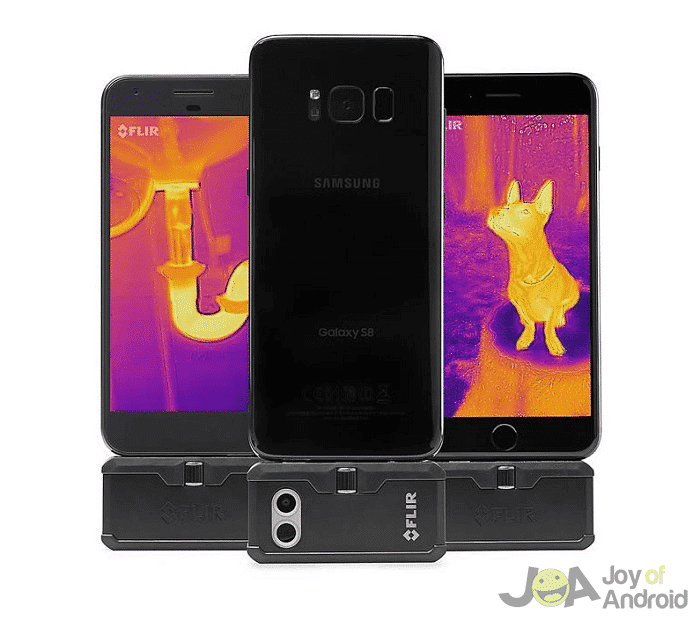 The original thermal imaging camera is a standalone device that doesn’t need to pair with mobile handsets. However, with the increase of the smartphone’s popularity, some makers decided to integrate the thermal camera’s functionality to our beloved Android phone.

The thermal camera for Android combines value and portability in one. Standalone thermal cameras usually cost thousands of dollars, while Android-based ones are notably cheaper, plus, the latter option is small enough to be placed anywhere.

It’s a no-brainer to think that the cheaper thermal camera for Android would not exceed the quality the standalone cameras offer. At the very least, they don’t compromise the class to the point that they become inaccurate and unuseful.

Another benefit of having a thermal imaging camera for Android is that you can send the heat index information to anyone almost immediately. Good value for money, easy portability, and automatic data sharing – these are sensible reasons enough to get a thermal camera for Android.

What Makes the Best Thermal Camera for Android?

To help you decide which is the best thermal camera for Android, you have to consider these factors:

Remember this rule: The higher the thermal camera resolution is, the more accurate the measurements and sharper the images will be.

The rule mentioned above also applies here: The higher the temperature range, the better. If you plan to use the thermal camera at work, you should settle for a device that can handle -40 to 600 degrees Fahrenheit of heat.

For home use, a thermal imaging camera with -14 to 300 degrees Fahrenheit capacity will do. It can still detect minor stuff like water leaks and costs cheaper.

You should be looking for a thermal camera that supports a lot of Android phones and, most importantly, one that is compatible with your smartphone. It would be useless to purchase a thermal imaging camera that you can’t pair with your device.

Of course, there’s no specific price range for these products. However, most of the Android-based thermal cameras don’t exceed 1 thousand dollars, while some of them are even lower than 500 hundred bucks.

Looking at the features they can offer, you should know whether one has a reasonable price.

There are several Android-based thermal imaging cameras available in the market. However, we decided to narrow it down to the best thermal imagers, those produced by among the trusted makers of thermal cameras, such as FLIR and SEEK.

No, such cameras can’t see through walls. They don’t have a way of detecting or picking up the heat of objects found on the other side of the wall.

Yes, one of the many uses of a thermal camera is to detect water leaks. It does so by detecting subtle differences in temperature.

How does a thermal imaging camera work?

This camera works by picking up infrared radiation or heat signatures from objects and create an electronic image based on it. The colors vary depending on the differences in temperature emitted by each object.

Thermal imaging cameras aren’t just a thing for military officers, construction-related workers, firefighters, or pest control professionals; all of us can make use of this breakthrough.

Whatever it is that you want to check, may it be a circuit breaker or a water tube, a thermal camera proves to be the perfect device for the task. 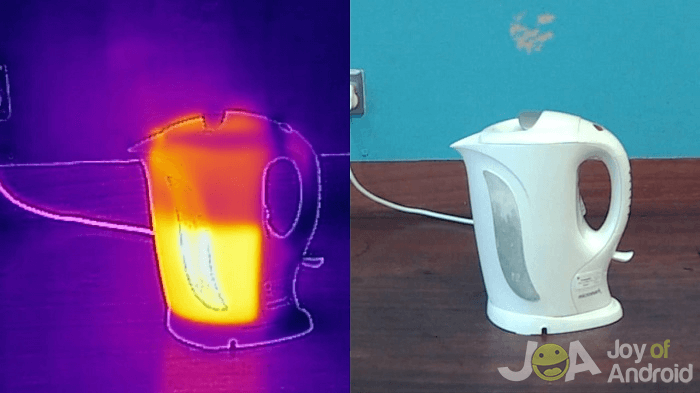 Spending a few hundred bucks on a thermal imaging camera won’t hurt if you need it to accomplish a specific job. With the aid of your Android phone, using a thermal camera will be so convenient and less complicated.

Have you tried using a thermal imaging camera on your Android phone? If not, are you planning to try one? Share your experiences in the comment section below!

You can also subscribe to our newsletter for more Android tips, news, and apps.