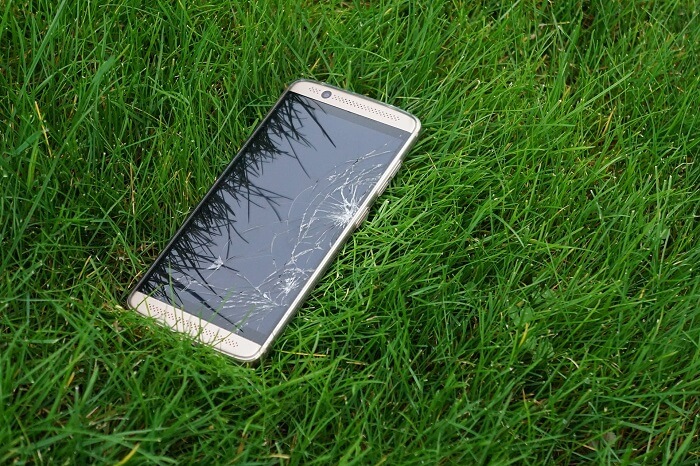 Electronic devices are typically fragile unless if it’s designed for heavy purposes. The fragility can also be said with Android devices such as Smartphones, Smartwatches, and Tablets.

It is an undeniable fact that the most fragile component of a smartphone and tablet is its display screen. Manufacturers address this issue by either enhancing the tensile strength of the touch screen glass, now known as “Gorilla Glass,” or by providing a better body frame design.

Consumers, on the other hand, spend on cases for added protection. However, even if you bought the most expensive case, the screen of your device is still susceptible to crack, break, and sometimes simply dies if not handled with care.

The biggest problem for this kind of cases is accessing your phone to retrieve or transfer important files and data. Ultimately asking yourself, “How can you unlock a phone that has a dead touchscreen?” Fortunately, you can. Given that the phone still works.

Unlock a Phone with a Broken Screen

You’re probably here because you’re looking for a way to unlock your phone with a broken screen. If you ever find yourself Googling the following questions…

Then this article is for you. If you need to transfer files and other data from your phone with a broken screen, here are a couple of things you can do. However, the success of these methods depends on your settings.

Note: Most of these solutions requires certain apps that should have been installed and/or debugging turned on prior to the screen not working. If you do not meet the requirements, chances are, your phone is good as a paperweight.

Connecting to a Secondary Display

If your Android phone is suffering from a broken screen that resulted in an unresponsive touchscreen, there is a way for you to still access your files and data stored on that phone. However, this workaround will only work with an Android phone that supports and features USB OTG (On-The-Go) and Screen Mirroring via MHL/HDMI Cable.

If you don’t have any of these items, you’re looking at spending more or less $50, but all of the supplies will be a good investment. You can also purchase on Amazon.

The second workaround to access a phone with a broken touchscreen is by means of the Android Debug Bridge (ADB) console. This method is a little complicated for those who are not familiar with ADB. So, we highly recommend to familiarize yourself with ADB first. It’s an imperative step to know how this process works because if you have no idea about this, you could potentially cause more damage to your phone.

Don’t worry, you won’t be typing-in some complex codes or anything like that. You will only need to type a couple of commands that should be easy to do. We will also outline this method step by step. So make sure to follow carefully so that nothing will go wrong.

But first things first, for this method to work, here are a few things you need to know and do:

If either one of the requirements above is missing or have not been done, this method will not work.

Overall, we recommend unlocking an Android device with a broken touchscreen by means of OTG. In our experience, it is the easiest way and it can be used for a multitude of different tasks and subjects. One of our favorite being expandable storage. If OTG isn’t your thing, there are still other ways to unlock your device again for free, either with a working touchscreen or a broken touchscreen.

Unfortunately, ADB access methods requires USB Debugging enabled, and with a dead screen, that’s a tough order if you had it turned off.

If none of these work and you’re still having troubles recovering your files, let us know in the comment section below!